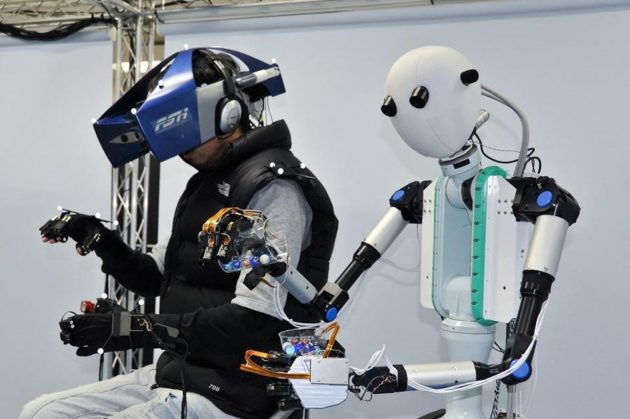 According to the company’s announcement, ANA HD service, a part of Society 5.0, combines its air travel capabilities with the connectivity of Avatars, the company is working to reduce barriers to travel and enable everyone to equally participate in society.

Telepresence is not a new concept, it refers to technologies that enables humans to have a real-time sensation of being at a place other than where they exist, while being able to interact with the remote environment, which may be real, virtual, or a combination of both.

It also refers to an advanced type of teleoperation system that enables an operator at the control to perform remote tasks dexterously with the feeling of existing in a surrogate robot working in a remote environment.

Avatar is essentially a robot that is remotely controlled by a human. Currently, various avatar systems are in development but each consist of an operator apparatus (pilot) and remote apparatus (avatar) that are in complete synchronisation.

Avatar would allow sensations of sight, sound, and touch detected by the remote avatar are fed back to the operator.

Accordingly, Avatars will allow anyone to teleport their consciousness to a remote location. Thus, it will pave the way for global resource sharing, and open the doors for skilled labour, such as doctors, teachers, scientists, engineers, artists, to share their knowledge despite the space constraints.

“ANA HD is built on connecting people and Avatars have the potential to connect people across the world in a way that traditional travel cannot and is a continuation of our core beliefs”, said Shinya Katanozaka, President and CEO of ANA HD.

According to the press statement, the first batch of 1,000 newme avatars scheduled for release in April 2020, which will facilitate interactivity between Avatar robots and their operators.

Avatar robot “newme” would feature full-HD, 2K video transmission and customizable body accessories that can be adjusted to fit a variety of deployment needs.

The company hopes that avatars would ultimately make it possible for the elderly and those with disabilities to fully participate in society and even find employment.

ANA HD envisions the newme Avatar being used by the general public in scenarios such as shopping and enjoying sports matches from remote locations.

“This far-reaching plan will change the way that mobility is leveraged to solve social issues, and help create a society that exponentially increases freedom to learn, share and move,” the company said.