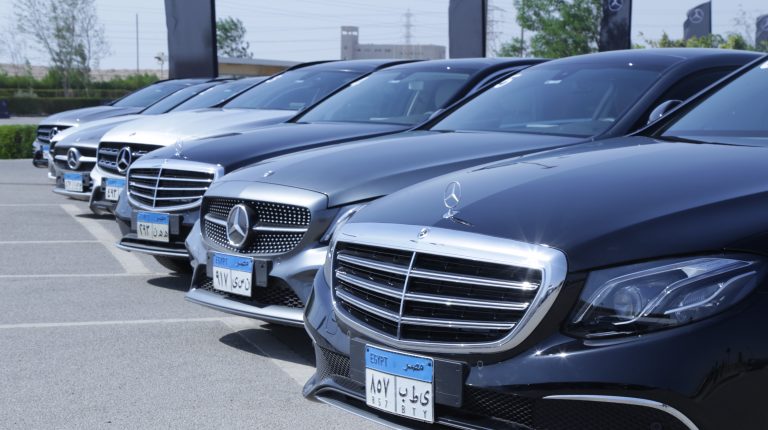 Mercedes-Benz Egypt has organised a test drive of its available models in Egypt at a safe driving circuit, in order to show the owners of Mercedes cars and company’s fans the latest car technology, especially in safety.

The test was attended by the CEO of Mercedes-Benz Egypt, Thomas Zorn, who ensured that this test drive follows the company’s measures of test driving in Germany.

The test was prefaced by an introduction of the German team responsible for the event, followed by an instruction presentation by the drivers selected by the German company on safety and security measures of car driving, as well as the four different test drives that measure the stability and rigidity of each car.

The driving experience was divided into four consecutive tests, a test inside a small circuit that simulated the city streets but also similar to the autocross circuit to test the car’s speed and stability in turns.

Then, there was the brake manoeuvre in which the driver manoeuvres an object in front of the car and then stops the car to highlight the high control of the steering in Mercedes cars.

The third test revolved around a sudden appearance of an obstacle on a slippery road, measuring the car’s capability in such situations.

Finally, the fourth test is a simulation of various accidents showing how Mercedes developed the driverless system and safety factors. The German company has strengthened its most advanced models with the highest safety equipment, enabling the driver to avoid running over pedestrians by automatically manoeuvring without much interference by the driver. Moreover, these models can stop automatically in case of the appearance of a major obstacle in front of the car.

Mercedes-Benz B-Class: more practical than ever, chicer than ever