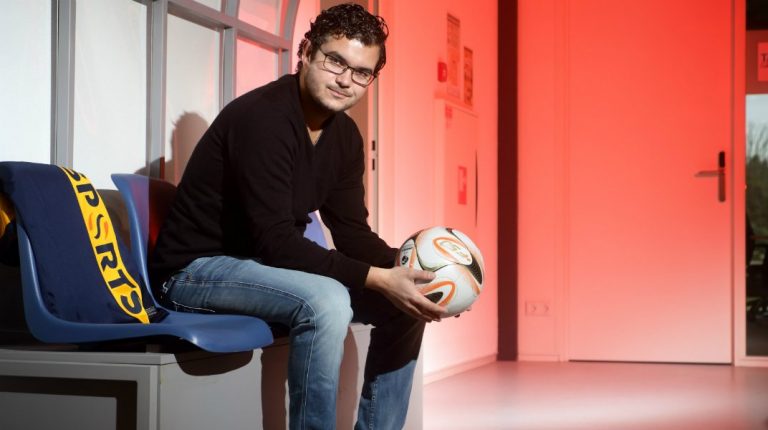 Over the last few years, we’ve gotten a lot of sci-fi films that explore how life would be in a world controlled by machines that act like humans, but this is no longer fiction. Some may be familiar with the emerging concept of artificial intelligence (AI), however, not many know about its uses in real life.

AI is simply an area of computer science that emphasises the creation of intelligent machines that work and react like humans. It’s a hot topic, but the actual uses are still missing. With that in mind, SAS Institute – an American multinational developer of analytics software – and SciSports – an international sports analytics company – held a webinar recently on analytics and AI in sports, mainly football.

Mark Bakker, principal business solution manager at SAS, said AI is the science of training systems to emulate human tasks through learning and automation. This requires collecting a huge amount of data and analysing them, so the machine can learn what to do as if they’re humans.

In football, it requires using edge computing techniques with high-definition cameras around the pitch which generate large amounts of data about each player and the precise location of the ball whenever it is touched. Deep learning techniques allow generating ‘heat maps’ for individual players to show, for example, where on the pitch they were when they set up a chance for a goal or scored.

This, in turn, allows analysis of success and fail rates of each action, and to model behaviour for each player. Eventually, the aim is to have real-time scoring for players using deep learning algorithms, and therefore enable identification of ‘rising stars’ and undervalued players by benchmarking performance against peers.

To illustrate, Giels Brouwer, founder and chief innovation officer at SciSports, said the idea of his company emerged from his passion of playing football management games, like FIFA Manager, which uses a data driven approach at football scouting matches to find undiscovered youth players.

Accordingly, the Dutch sports analytics company, founded in 2013, uses streaming data and applies machine learning, deep learning, and artificial intelligence to capture and analyse this data, making way for innovations in everything from player recruitment to virtual reality for fans.

Brouwer said the company has 50 employees so far, working in three offices in the Netherlands, Germany, and France. SciSports collaborates with 50 professional football organisations around the world.

He setup some examples of players who the company helped through scouting to improve their career. One of these players was Memphis Depay. The player wrote a bio book recently and a whole chapter talking about the company and how they helped him find a big club that fits his skills based on his data, which was Lyon. SciSports also cooperated with Belgium’s national football team during World Cup and Ajax in building their team’s data. The company has many club clients and it not only shows the players’ abilities, but also their potentials. It provides an index of amateur players and potential talents.

Brouwer also gave examples of potential talents around the world, namely Dani Olmo who is playing for Croatia’s Dinamo Zagreb and the company believes he may go to Spain’s La Liga.

Brouwer told Daily News Egypt that the company covers the Middle East and North Africa, however, it has no activity in Egypt. Even though, according to SciSports’ index, Nigerian midfielder Azubuike Okechukwu, who plays for Turkish club İstanbul Başakşehir, on loan from Egyptian club Pyramids FC, is the best talent in Egypt, followed by Ramadan Sobhi who plays for Cairo giants Al Ahly.

Finally, Brouwer said he believes this new sphere is progressing really fast, as six years ago, no body was using data, but now almost every club is using some kind of data analytics in their work, either to evaluate its players’ performances or to do opponent analysis.