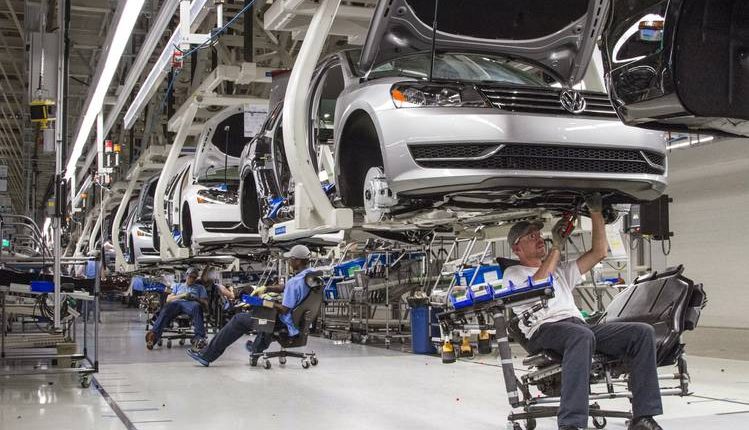 Karim Naggar, chairman of Kayan Egypt for trading & Investment, agent of Seat, Skoda and Cupra in Egypt, and Managing Director of Egyptian Automotive & trading co. agent of Volkswagen, Audi and Volkswagen commercial vehicles, ruled out that Germany’s Volkswagen would launch a car assembly in Egypt, due to the existence of several such plants in the country, most notably El-Nasr factory.

He pointed out that these factories are overdue for rehabilitation to bring them up to proper standards and practices, which is what his company is already working on.

He stressed that the company has an ambitious plan to revive the automotive industry in Egypt.

Regarding Volkswagen’s opening of a car plant in Rwanda, Naggar explained that it is just an assembly plant of simple car parts.

He explained that the role of the factory is limited to the installation of car glass and tires in addition to other simple work; much less work than in the service centres of Volkswagen in Egypt, which currently includes plumbing, full paint, and total maintenance work of cars.

Naggar ruled out importing cars from Rwanda due to the lack of any local product used in those cars. At the moment, cars coming from Rwanda do not fall under the terms of the COMESA agreement.

In regard with choosing Rwanda as a location for the Volkswagen factory, Naggar explained it was mainly due to the facilities offered by the Rwandan government for the company. Rwanda did not require manufacturing any local components of the German car locally, in addition the country provide the necessary infrastructure to establish the plant. Rwanda also provided customs and tax exemptions that increased the economic feasibility of launching the plant there.