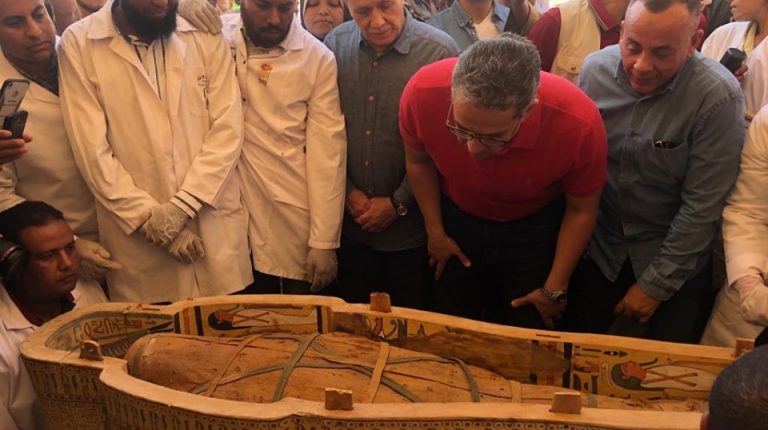 While Egyptian missions exerted their efforts to dig dozens of metres beneath the ground, looking for their inherited legacy, it only took them one metre of digging to find a cachette of 30 tombs belonging to priests from the 22nd Dynasty on Luxor’s West Bank in Al-Assasif necropolis.

The Secretary General of the Supreme Council of Antiquities Mostafa Waziri, stated on Saturday in a press conference that an Egyptian mission discovered the huge cemetery one metre under the ground in an unfamiliar place. 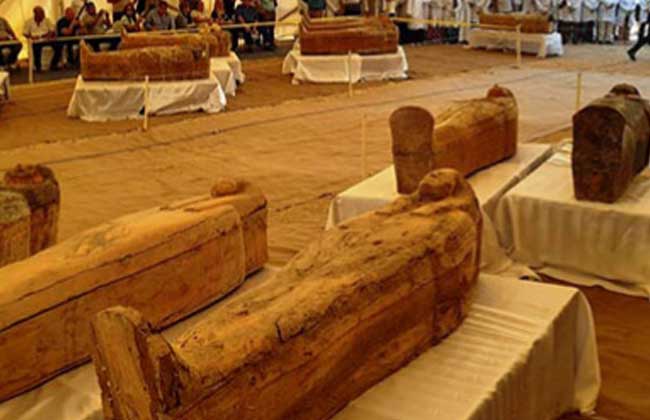 The press conference, which took place near the discovery’s location in front of Hatshepsut temple at Jabal Al–Qurnah, was attended by the Egyptian Minister of Antiquities Khaled Anany, and prominent Egyptologist Zahi Hawas, as well as Luxor Governor Moustafa Alham.

The cachette found consisted of two lines, the first had 18 tombs, whilst the second had 12 tombs belonging to a number of women and three children. The tombs were buried by high ranking priests in a storage gated with lime to be prevented from robbery.

The mummies of the priests were found wrapped in linen and in good condition, as appeared in the pictures. The unearthed tombs varied in condition between being fully decorated, and blank. The inscriptions on the tombs depict the priests of Amun presenting offerings, as well as inscriptions from the ancient Egyptian Book of the Dead.

Unlike the traditional burial places in the area, the 30 tombs were buried in a storage right beneath the ground, which is considered one of the most enriching archaeological sites in the world due to the number of discoveries made there. El-Assasif is located South of Dra Abul-Naga necropolis on Luxor’s west bank. It is known to be an enriching necropolis containing a number of individual cemeteries that date back between the 18th and 26th dynasties. 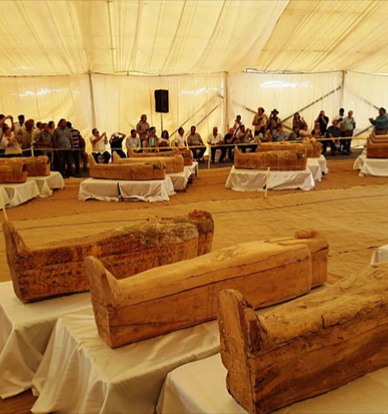 The discovery comes as a result of the latest excavation season that started in the area two months ago. The unearthed treasure is considered the first to be fully discovered by an Egyptian mission, without the help of any foreign excavation mission.

This comes almost a week after Hawas revealed two huge discoveries in the area, an industrial area where the golden decorations of the kings’ tombs were created on the West Valley, and 30 workshops to store and clean funerary coffins on the east side of the Valley of the Monkeys.

For his side, Waziri stated that five missions are currently excavating the area; three of which are Egyptians.

One of the missions is directly headed by Hawas, who stated in the last discovery that he is currently looking for the Nefertiti tomb which he believes to be located somewhere in the valley. Hawas, further stated that the excavation is currently taking place in the area near the tombs of Ramses VII, Hatshepsut, and the tomb of Ramses III, and behind the tomb of Merenptah, the son of Ramses II.