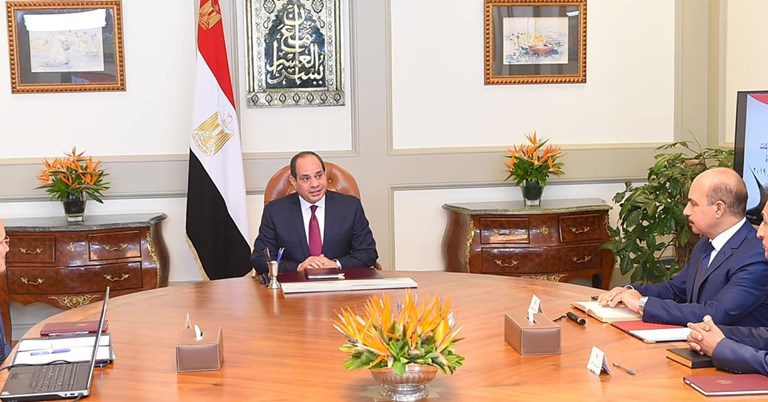 Egypt’s President Abdel Fattah Al-Sisi met on Saturday with the Minister of Military Production Mohamed Al-Assar as they discussed the ministry’s efforts in meeting the requirements of the armed forces from military equipment, according to the statement of the Presidency’s spokesperson.

During the meeting, Al-Sisi called for increasing the productions and localisation of transportation manufacturing through cooperation with major international companies.

Meanwhile, Al-Assar reviewed his visit to China which involved the signing of a partnership agreement for joint manufacturing of electric vehicles. The minister also addressed the results of his two visits to the UAE and Belarus which aimed at bolstering cooperation.

The agreement with China includes the joint manufacture of 2000 buses over four years. It also involves the manufacture of electric vehicles, the statement pointed out.

Al-Assar added that they also discussed with China the establishment of the production of solar panels in Egypt.

Al-Assar also reviewed his visit to Belarus and the recent updates of cooperation between the two countries in manufacturing agriculture equipment, tractors, and heavy equipment of construction works.

On the UAE’s visit, Al-Assar visited the Tawazun Industrial Park in Abu Dhabi, as he addressed bolstering cooperation between Emirati companies in the facility and military production companies in Egypt, as well as viewing the up-to-date technologies and manufacturing systems in the Defence Industry.