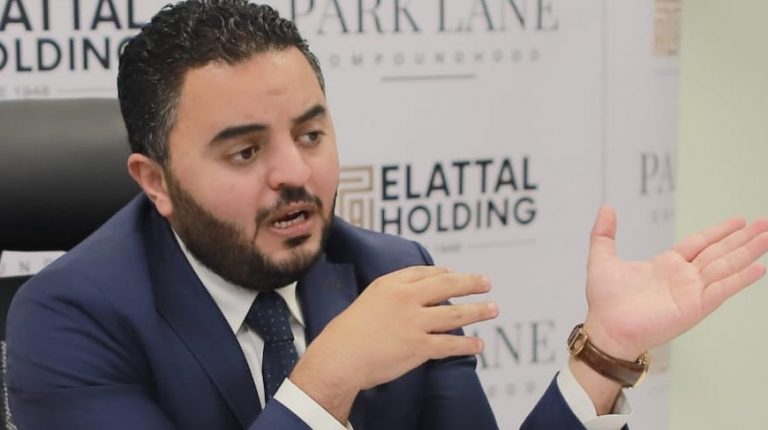 Real estate companies compete to showcase their best projects in NextMove exhibition from 17 to 19 October, showcasing several new projects, along with packages of offers to gain the largest share of visitors.

Powered by real-estate company Cityscape Egypt, the exhibition’s third edition is expected to have a diverse range of developments and projects, from gated communities to integrated living and smart homes, with exhibitors reporting its early success.

Ahmed El Attal, chairperson of El Attal Holding and a member of the Real Estate Development Chamber at the Federation of Egyptian Industries (FEI) said that his company will launch commercial, administrative, and medical units at The Pavilion phase on an area of 13,200 sqm within Park Lane project in the New Administrative Capital (NAC).

It is considered the first ‘compoundhood’ in Egypt, and the first real estate development project of the company in the NAC.

El Attal said that the areas of the offered units start from 36 to 256 sqm on the main street of R7 at competitive prices and payment facilities during the exhibition period.

He pointed out that the idea of commercial units within Park Lane project is more modern and simple, compared to the commercial walkway of the Park Lane London.

El Attal also announced that the company has obtained ministerial approval for Park Lane development no. 824 on 13 October. Its investments reached EGP 4bn and span over 26 feddan in R7 in NAC.

El Attal explained that the compound consists of various housing units that meet all needs, starting from the studio and one-bedroom, two-bedroom and three-bedroom apartments, in addition to, ground duplexes, upper duplexes, and penthouses.

The project will be fully completed after two and a half years from now and is being developed in three phases. The company has offered two phases and the third will launched during the first half of 2020, he added.

El Attal Holding has seven subsidiary companies and has carried out more than 20 projects during the last 10 years. Furthermore, the company conducts construction works for some embassies.

Real-estate developers Master Builders Group (MBG) participates in the exhibition to showcase the Pukka project in the NAC.

During the exhibition period, MBG will provide its clients with a 30% discount on cash and long payment plan reaching eight years with 0% down-payment, according to Mahmoud Al Adl, the company’s chairperson.

Al Adl elaborated that Pukka includes about 1,700 housing units with different sizes and models, pointing out that the company targets sales worth approximately EGP 300m during the exhibition.

He added that the company will also showcase Pukka’s commercial and administrative units, pointing out that the company has achieved EGP100m in the sales of Everest exhibition in Kuwait last week.

The company aims to complete marketing for the entire project during the first half of 2020, he disclosed.

Al Adl also noted that the company aims to launch new projects within the NAC, in addition to the implementation of two tourism projects in the North Coast and the Red Sea, revealing that the total investment of the company is more than EGP 36bn.

“The company has an expansion plan and is studying all offers and investment opportunities available, to achieve the state’s strategy in spreading development which requires private accompanies participation in Egypt’s mega projects,” he noted.

Akam Developments plans to exhibit its three-floor commercial project of commercial, administrative, and medical units starting from 40 sqm, as well as, residential units within Scenario project at the NAC.

The company’s Sales Director Mohamed Amer said that they provide its customers with packages of offers and discounts, noting that the company delivers offers on unit’s finishing, and semi-finishing.

Additionally, the company provides customers with free air conditions for fully finished units in some buildings of the project, he disclosed.

Scenario project is being built on an area of 39 feddan in the R7 region of the NAC and includes about 1,600 units with sizes ranging between 136 and 465 sqm, noting that the company plans to achieve sales of EGP 4bn in the project.

The company has participated last week in Everest exhibition in Kuwait and has showcased special offers for customers ranging between 3-10% discount on units, according to Amer.

Additionally, he expected that Egypt’s real estate market will remain strong with real demand, which is the safety valve for maintaining this market and its activity during the current year. Furthermore, the continued presence of companies with strong offers and participation in external exhibitions maintains the market’s continuity and helps reach a larger base of customers.

Akam was established in early 2018, with a paid capital of EGP 3bn. The company is owned by Al-Faisal Group of companies, a subsidiary of the Faisal Islamic Bank, as well as Benayat Misr, Residence Development, and a group of engineering consultancy companies owned by Saudi businessperson, Saad Al-Ghaithi.

SAK Developments intends to launch a commercial mall dubbed the V in the Sueño project in the NAC on 7,300 sqm with investments estimated to reach EGP 300m, according to CEO Ahmed Kadri.

Kadri said that the new project is part of the Sueño project, but is separate in design and construction, adding that the project is a mixed-use and include 28 retail and commercial units. Its spaces rang between 30sqm and 888 sqm, 58 office units with spaces starting from 54 sqm to 182 sqm, 35 residential units with spaces ranging between 55-125 sqm, and leisure facilities.

The company showcases another administrative and commercial project called ‘Elite’ in the MU23 in the NAC, to be built on an area of 5,500 sqm. It comprises commercial, medical, and office units, along with cafes, gym, expected to be delivered in 2022, he noted.

The company offers clients with diverse offers during the exhibition period.

SAK has been working for 35 years in the real estate development market as a family business.