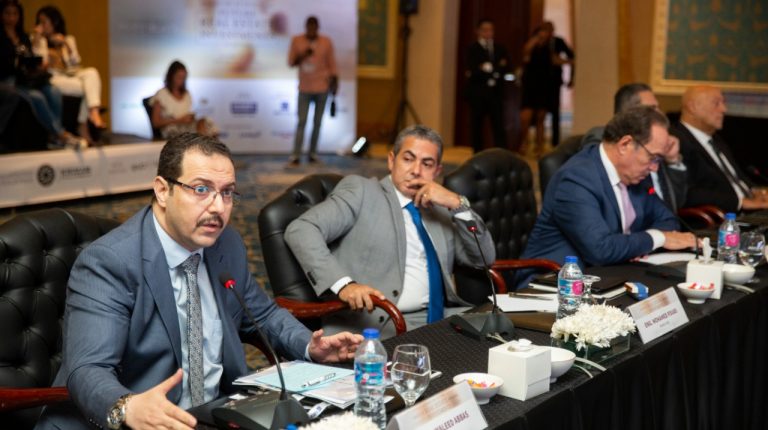 Egypt’s official delegation participates for the first time in the Council on Tall Buildings and Urban Habitat (CTBUH) 2019 by the end of October, according to Deputy Minister of Housing, Utilities, and Urban Communities for National Projects Khaled Abbas.

The CTBUH is the world’s leading resource for professionals focused on the inception, design, construction, and operation of tall buildings and future cities and will convene in Chicago, USA on 28 October – 2 November.

CTBUH facilitates the exchange of the latest knowledge available on tall buildings around the world through publications, research, events, working groups, web resources, and its extensive network of international representatives.

Abbas said that the delegation constitutes Ministry of Housing officials, heads of construction companies, and design and engineering consultancy offices to present the tallest tower in Africa in the New Administrative Capital (NAC) and represent Egypt as a global destination for development and investment.

During Future Real Estate Investments: Opportunities and Challenges roundtable held on Wednesday, Abbas pointed out that the ministry will participate in Mipim 2020 in France through an official booth of the Ministry of Housing with the presence of a number of real estate developers. This will be the second time Egypt participates in this global event, which includes a number of foreign investment funds.

He noted that the export of Egyptian real estate abroad requires a long effort to be carried out in cooperation between the government and real estate developers.

The most important thing that distinguishes the state at present is the government’s cooperation with the private sector to achieve the state development plan. Moreover, the diversity in land offering systems comes according to the needs of the market, Abbas elaborated, adding that there is an abundance of land in the market unlike previous periods.

He stressed that the provision of land in the market ignites competition among developers and produces different types of units, as it led to the expansion of the sector in terms of the size of companies, as well as increases in the number of produced units for citizens.

“Price of land varies from region to region according to the size of development achieved in each city,” Abbas said.

For his part, Assistant Housing Minister for the New Urban Communities Authority (NUCA) Affairs Walid Abbas said that the NUCA is currently studying 800 requests for acquiring land through the newly offered allocation system, in which investors provide their project’s feasibility study and all documents related to their development.

Abbas noted that the application’s studying period will not exceed two months.

Abbas added that the NUCA is studying applications based on the financial solvency of the company and its ability to implement the project as well as investor’s record. These procedures take place within one month, and when the paper work and the technical and financial studies are complete, NUCA’s board of directors will decide on the allocation of land.

He stressed that the NUCA is currently working on an expanded plan that includes increasing rates of land offerings and linking them to productivity, which appears in the start towards new cities such as the NAC, New Alamein, New Mansoura, and Upper Egypt’s new cities.

He added that the land offering system and mechanisms for obtaining it, have witnessed several developments over the past few years, and there has been more than one way of doing so, whether by auctions or allocation, or through offers and partnerships. However, there were constant complaints by companies regarding the routine they face in obtaining lands.

The cost of utilities is the main determinant in land price. Nevertheless, the NUCA gives great price advantages in several areas, especially Upper Egypt, where it grants land to the investor at the cost of utilities, according to Abbas.

Topics: CTBUH the Council on Tall Buildings and Urban Habitat