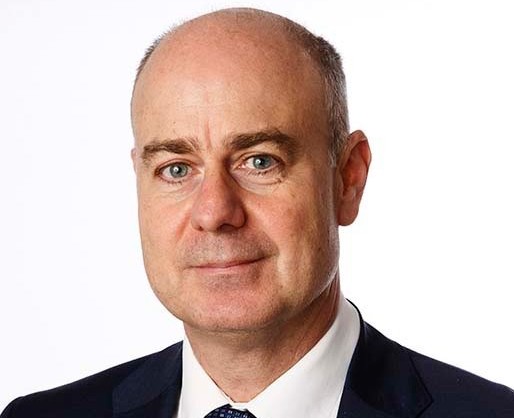 On the occasion of Cairo Water Week which started on Sunday, Lars Anwandter, Head of the Mashreq Unit at the European Investment Bank (EIB) said, “The water and wastewater sector in Egypt is an important area of EIB’s operations. Since 2018, the bank signed four financing agreements for important water and sanitation projects; the Kitchener drain depollution (€214m), Kafr El Sheikh wastewater treatment (€27m), and Fayoum Wastewater expansion (€126m).” The second edition of Cairo Water Week, taking place from 20-24 October and under the patronage of the President Abdel Fattah Al-Sisi, had civil and international leaders discussing current problems arising due to increased water insecurity in the Nile Valley.

“Furthermore, we have one more project to sign this year (Alexandria West Wastewater Treatment Plant), and numerous past projects that are in different stages of implementation,” Anwandter added.

He referred to the Improved Water and Wastewater Services Programme I (IWSP I) as a good example of projects signed a few years ago, serving four Governorates of the Delta region (Gharbia, Sharkia, Damietta, and Baheira). The EIB invested €70m to support the project.

Another example is the IWSP II, which covers governorates of Qena, Sohag, Assiut and Minya, aiming to improve water and wastewater services in these Governorates.

The EIB and the Bank of the European Union (EU), participated in the discussions to illustrate the Bank’s policy, strategy, and worldwide experience to respond to the water challenge facing the southern Mediterranean region in general, and Egypt in particular, Anwandter noted .

“For EIB, ensuring access to clean water and sanitation for men, women, and children worldwide, with the support of the EU and in line with the United Nations Sustainable Development Goals, is a priority,” he added.

This is evident in the EIB’s €15bn investment paid over the last 5 years, of which €3bn went outside of the EU and €800m in the Mediterranean region.

With more than 60 years of experience in the sector, the EIB stands ready to continue and increase its support in this sector to all neighbouring countries. As climate change requires more investments in resilience and adaptation, the financing needs of the sector are increasing. Both public and private funds are needed to cover the gap, and good governance, regulation and partnerships are key to attract financing.

“We hope that neighbouring countries, including our host Egypt, will consider the EIB and the EU as partners in this challenge,” Anwandter elaborated.

He further highlighted that the EIB does not only provide financing, but also advisory services, often with EU funding, for the preparation and implementation of Egyptian projects. An example is the preparation and development of the Alexandria West Wastewater Treatment Plant with the support of a significant EU Investment Grant (€20m), which Egypt expects to sign by the end of this year.

The combination of lending, blending, and advisory services allows the EIB to enhance the value added to its financial support to reinforce the likelihood of satisfactory project implementation.

The cooperation of the EIB with the EU programmes in the water sector is illustrated by the Mediterranean Hotspot Investment Programme (MeHSIP).

The MeHSIP is an EU programme providing essential support for the preparation of investment projects in the water and environmental sectors for the Southern Mediterranean countries.