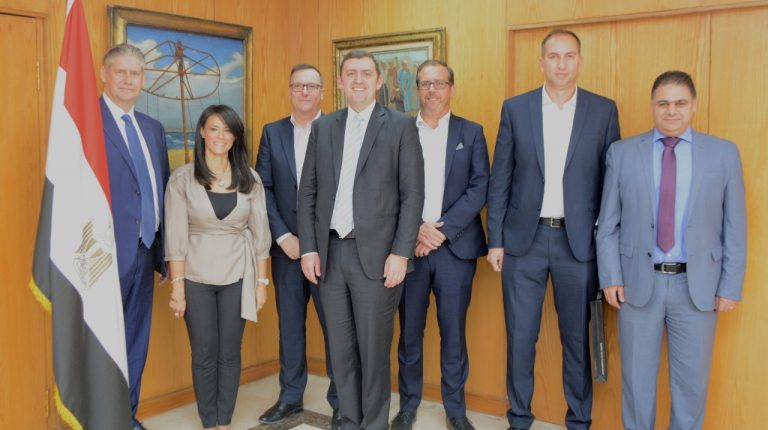 During a meeting with Egypt’s Minister of Tourism, Rania Al-Mashat on Sunday, officials from the British airline company EasyJet have expressed their intentions in increasing their presence in the Egyptian market starting this Winter.

The company’s officials revealed that there is a growing demand among their customer base to travel to Egypt.

On Sunday, the minister met with Johann Lundgren, CEO of the British airline EasyJet

During the meeting, they discussed how to use the company to increase the flow of tourists coming into Egypt.

The meeting touched on the importance of e-booking for travel and tourism, where company officials explained that the EasyJet has nearly 100 million customers annually, where 30 million of those customers rely on e-booking travel.

They added that the company has a new feature to provide customers with easy access to e-booking sites directly by clicking on the pictures of the place where they want to travel on the social networking site Instagram.

Moreover, they expressed their willingness to promote different tourist destinations in Egypt. They also pointed out that the company covers all markets in Europe and organizes flights at wide rates. Some destinations even have three daily flights due to EasyJet.

They explained further that Sphinx Airport will facilitate the movement of tourists to the museum and allow them to go to different tourist cities.

Unfortunately, in late September British Tourism company, Thomas Cook officially announced that it collapsed after failing to secure its necessary funding, which has raised concerns over collapse’s impact on the Egyptian tourism movement.

Thus a lot of experts told Daily News Egypt that the market will witness a shake until another great company like Thomas Cook absorbs the number of travellers, so British companies are racing to increase their work in the Egyptian market.