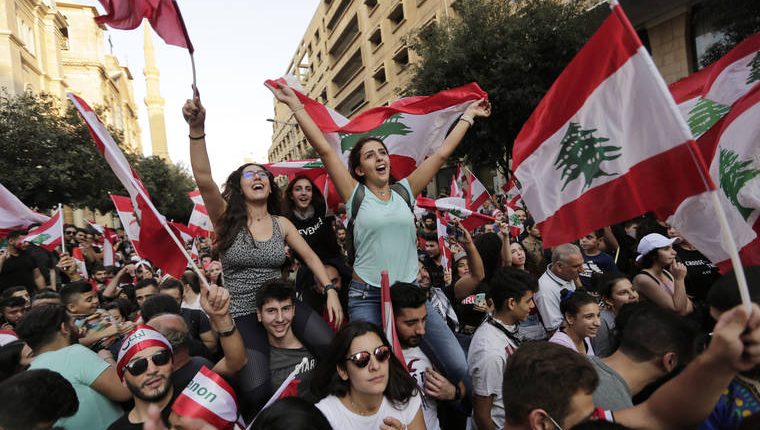 Lebanon’s Prime Minister Saad Al-Hariri announced on Monday that the government adopted a package of economic reforms to end the current economic crisis, as demonstrators call for civil disobedience.

“The budget deficit will be 0.6% without additional taxes and the Lebanese banking sector Banque du Liban will contribute in deficit deduction with 5,100bn Lebanese lira including an increase in banking tax in the fiscal year 2020,” Al-Hariri said in a televised speech.

Al-Hariri added that he would never allow anyone to threaten young protesters who took to the streets over the past five days. “Your voice is heard, and if you want an early parliamentary election I am with you.”

Earlier on Monday, the government discussed in a meeting the economic reforms Al-Hariri mentioned, as the 72-hour deadline which he set on Friday ended. Al-Hariri has blamed his political partners in a speech a day after the protests erupted over opposing a series of economic reforms he planned to implement.

Lebanese protesters called for a general strike on Monday as they continue to block major roads across the country.

President Michel Aoun addressed the nationwide protests for the first time on Monday and said during the government meeting that demonstrations reveal “the pain of the people.” He called for lifting the confidentiality of current and future ministers’ bank accounts.

Widespread protests have reached its fifth day on Monday. Hundreds of thousands of demonstrators took part on Sunday in protests in Beruit, Tropli, Sidon, Baalbek, and other cities.

Protesters are demanding an overhaul of the political system. A hashtag dubbed, “All means all,” has been trending in recent days, as users shared photos of protests and videos featuring people chanting anti-regime slogans, dancing and singing in cities streets and plazas.

The nationwide protests erupted on Thursday against the government’s decree to tax voice calls made through the Facebook-owned WhatsApp and erupted against the country’s economic conditions and corruption. The government immediately withdrew its decision.

Only 4,162 adults grip Lebanon’s wealth, with 0.3% possessing over $1m, according to the 2018 Global Wealth Report published by the Credit Suisse Research Institute.