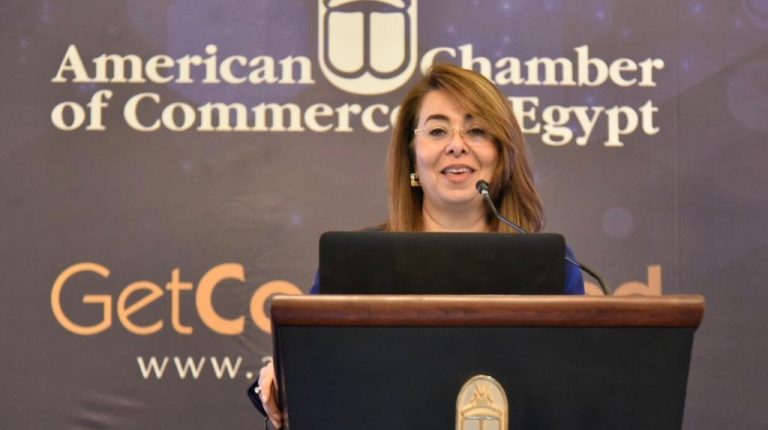 The Ministry of Social Solidarity will launch a new integrated smart card service programme covering Egypt’s disabled community by the end of 2019, said Minister Ghada Waly over her participation at the event organised by the American Chamber of Commerce in Egypt (AmCham) on Sunday.

“We have already kicked off several initiatives to support people with disabilities and we will do more in the future,” mentioned Waly, adding that the Cash Transfer Programme is progressing very well in line with Egypt’s economic improvements indicator.

Egypt’s growth has not been inclusive and did not target low-income communities, she said, adding that the old cash transfer programmes were poorly targeting communities, with less than one-third of the beneficiaries coming from low-income backgrounds.

88.13% of the Cash Transfer Programme are females while 11.87% are males, the minister said, noting that many women weren’t able to benefit from the programme as they didn’t obtain IDs.

Investing in children’s education and health is key to poverty elimination and sustainability, mentioned Waly, adding “We pay special focus to women’s empowerment through encouraging non-governmental organisations to establish more nurseries, especially in rural areas so mothers can leave their children in good places and work.”

The Ministry of Social Solidarity will conduct reforms on the nurseries’ establishment regulations to make it easier and simpler to open a nursery, Waly asserted, noting that the executive regulation of the NGOs law is expected to be issued early January 2020.

“We, as a Ministry, implement specific projects to enhance people’s lives, yet the Egyptian government is exerting greater efforts in terms of business opportunities in the neediest areas, creating jobs and increasing schools’ capacities,” she mentioned, adding that Egypt is building 20 new cities and attracting people who still live areas that still need infrastructure, roads, schools, potable water, and other services.