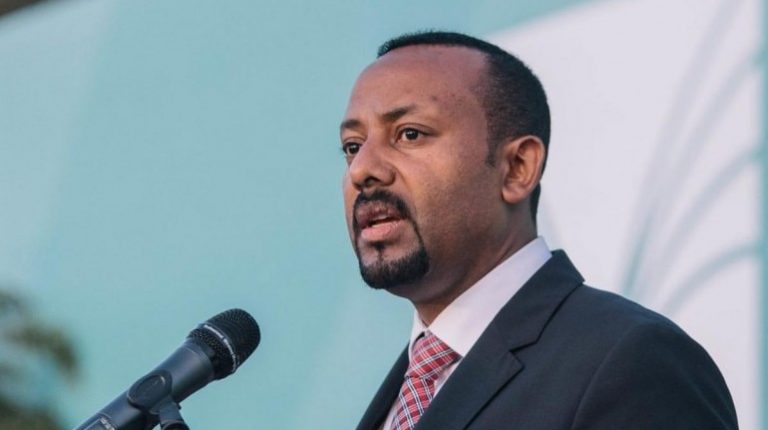 Ethiopia Prime Minister Abiy Ahmed, Nobel Peace Prize winner, said on Tuesday that if there is a need to go to war with Egypt over the Grand Ethiopian Renaissance Dam (GERD), then Addis Ababa “is ready to mobilise millions of its people for it,” Associated Press reported on Tuesday.

However, he stated that only negotiations would solve the dispute over the dam.

“There are some talks about the use of force (by Egypt), we need to assert that there is no power that would prevent Ethiopia from establishing the GERD. If some fire a missile, others could use bombs, this is not an interest of any of us,” Ahmed said, according to AP.

The Prime Minister’s remarks came during a parliament hearing on Tuesday over the GERD.

Egypt’s President Abdel Fattah Al-Sisi is expected to meet with Ahmed on the side lines of the Russia-Africa Summit in Russia’s Sochi which will kick off on Wednesday.

On the other hand, Egypt’s Foreign Minister Sameh Shoukry said that Russia may help solve the GERD problem after the failure of Egypt, Sudan, and Ethiopia to reach an agreement on the dam’s filling and operation.

The statements came n an interview in Cairo with the Russian agency Sputnik on the occasion of the Africa-Russia summit which will be held in the Russian resort city Sochi on 23-24 October.

Shoukry said that Russia is a strong and permanent member of the Security Council. It is a state that always supports and emphasises the principles of international legitimacy and the need to respect international law. The countries of the world can contribute to solving the issue, which affects 105 million Egyptians, 40 million Sudanese, and 100 million Ethiopians.

“We do not wish to develop any tension in East Africa, especially with regard to the negative implications of the issue for stability and peace in East Africa beyond the regional environment in general,” he added.

“The GERD issue is a scientific issue, which must be dealt with under international law and the principles governing the exploitation of transboundary rivers, in accordance with generally accepted rules applicable in many parts of the world, taking into account Ethiopia’s development needs. The construction of the GERD should not cause serious damage to Egypt and Sudan,” said Shoukry.

The minister said the issue must not be politicised, but an issue that can be solved easily as long as there is political will to reach a solution, and a framework to regulate the filling of the dam reservoir.

“But all that can be dealt with without any kind of harm or detraction from the rights of any of the parties. Russia can be a facilitator to reach an agreement by supporting the foundations of international law governing such matters,” he said.

On the other hand, President Abdel Fattah Al-Sisi attended a meeting on Monday with heads of delegations taking part in the second Cairo Water Week, attended by Irrigation Minister Mohamed Abdel Ati, and others.

Al-Sisi said that Egypt exerted strenuous and balanced efforts to break the stalemate in talks on GERD, expressing hope that an agreement will be reached to maintain the water resources of Egypt, Sudan, and Ethiopia.

He added that the rivers flowing through the continent should be a source of brotherhood and prosperity, not a source of conflict.

The president further stressed the need for sustainable and good planning of water resources to achieve water security and reviewed Egypt’s national plan on water resources, which he said was based on using the latest desalination techniques to increase the quantity of water.