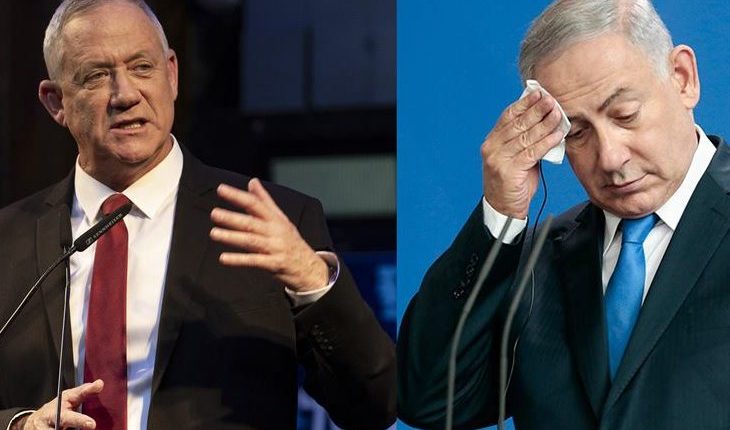 Israel’s Prime Minister Benjamin Netanyahu failed for the second time this year to form a government, opening the door to his political rival.

The PM told Israel President Reuven Rivlin on Monday that he is not able to form a government, just two days before his final deadline.

With Netanyahu’s announcement, eyes have turned to his political rival former General Benny Gantz of the opposition centrist Blue and White party who will be handed the opportunity to form a coalition government.

Netanyahu said that his efforts with his Likud party to form a “broad national unity government” which Gantz have failed.

Earlier in September, the Israeli PM was tasked to form a new government after talks on sharing power following the second parliamentary election in which the Likud party won 32 seats and Mr Gantz’s Blue and White party 33.

The September election is the second in five months as Netanyahu also failed to form a coalition following April’s election.

“The time for the spin is over and it’s now time for action. Blue and White is determined to form the liberal unity government, led by Benny Gantz, that the people of Israel voted for a month ago,”

the Blue and White party said in a statement on Monday.

Gantz, whose parents were survivors of the holocaust, has pledged to protect the Jewish state. “Israelis will protect themselves by themselves and guarantee the future of their people,” he said in previous statements this year.

If Gantz fails in forming a government, which is highly expected, then Israel will witness a new third parliamentary election.