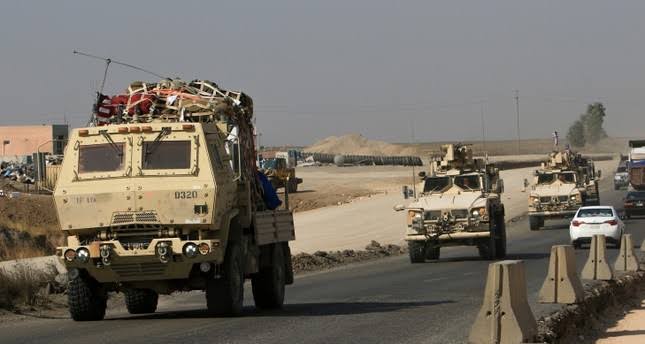 US troops began withdrawing from their largest base in northern Syria, crossing into Iraq early on Monday after the Pentagon confirmed that nearly 1,000 troops would be relocated to “help defend Iraq” against the Islamic State, Reuters reported.

On Saturday, US Secretary of Defense Mark Esper said the troops withdrawing from northern Syria is to move to western Iraq to “help defend Iraq” and carry out a counter-Islamic State mission.

“The U.S. withdrawal continues apace from northeastern Syria, we’re talking weeks not days,” Esper told reporters, adding that the withdrawal is carried out through aircraft and ground convoys. The 1,000 troops would join the 5,000 American troops already based in Iraq.

Meanwhile, on Sunday, the Kurdish Syrian Democratic Forces (SDF) said, that it had pulled out its fighters from Ras Al-Ain, the Syrian border town. The Kurdish withdrawal from the safe zone, which Turkey aims to establish, is a part of the deal backed by the US.

Although, Kino Gabriel the SDF spokesperson said in a statement, “We don’t have any more fighters in the city,” the Syrian militants backed by Turkey, said that the Syrian Kurdish were still entrenched in nearly 30% of the town.

On 17 October, Turkey halted its offensive in Syria under an agreement reached between Ankara and Washington. However, the Turkish president Recep Tayyip Erdogan warned that his country would resume its operation in Syria on Tuesday if the SDF does not withdraw from the safe zone.

Erdogan has also said that Turkey will establish posts to monitor the safe zone, which was confirmed by witnesses, saying that Turkey has begun to set up two such posts on Sunday, in a move criticized by Iran on Monday.

The Iranian state TV cited Iranian Spokesperson for the Ministry of Foreign Affairs Abbas Mousavi saying, “We are against Ankara’s establishing of military posts in Syria,” adding that “the issues should be resolved by diplomatic means.”