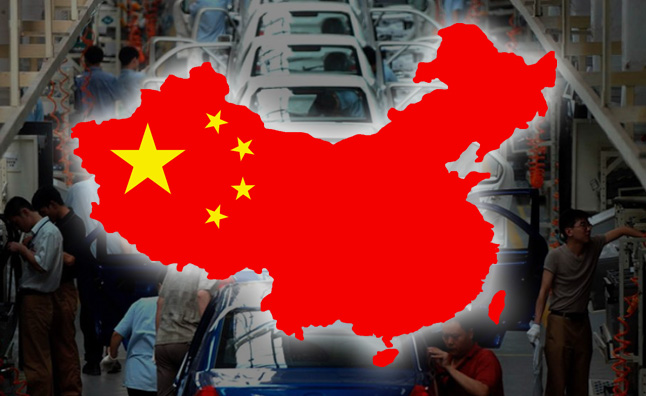 Since the beginning of this year, the Egyptian automobile market has witnessed many changes that have significantly affected its sales revenue, especially for Chinese cars.

Perhaps the most important factor that posed a great threat to Chinese brands in the local market is the implementation of the last phase from the EU-Egypt Association Agreement.

The market is expected to implement the free trade agreement between Egypt and Turkey by the beginning of 2020, under which European and Turkish models will become fully exempted from customs, which would lead to a decline in their prices, nearing the prices of Chinese cars.

For those looking for cheaper cars, Chinese brands were always their first choice, now with the implementation of the agreement Chinese cars might be booted out the market.

Brilliance’s general manager and head of the Automotive Marketing Information Council (AMIC) Khaled Saad, said that the Chinese auto market has faced many difficulties since the beginning of this year, especially after the exemption of customs. As some customers expected that the decline will also be applied to Chinese cars. Which led to a large state of randomness and volatility in the market. This was immediately reflected in the emergence of some boycott campaigns making some consumers postpone their decision to buy a car.

Saad added that the auto market suffers from unfair competition between European car companies and other companies, whether Chinese, Japanese, Korean, or American, especially after the implementation of custom exemption on European and Turkish cars, stressing that European cars achieved sales this year greater than Chinses models. Other brands also fell by 20% compared to 2018.

He stressed that the customs exemptions will not only adversely affect Chinese cars, but also their negative effects will extend to the automotive industry and car assembling. “Thus, all means of support for the industry must be provided, by removing all the challenges facing manufacturers, introducing an incentive for local car components compared to European cars,” he stressed.

For African and Middle Eastern (MEA) car exporters, the market is still weak. The MEA region still requires a lot more investments to establish a full industry. If, however, the MEA region can attract more investments, it would reduce the foreign currency crisis and reduce Egypt’s need for foreign currency, supporting the local industry more broadly.

Globally, there has been a shift in the type of cars that people are looking for the market to produce. Chinese manufacturers have become increasingly interested in electric cars, as the world shifts to a greener economy. Since the current model of electric cars has a battery that accounts for 60% of the car’s makeup, it makes it easier to manufacture, which in turn can attract major international manufacturers in Egypt.

With the increasing price competition between European and Turkish cars, Saad stressed that there are ongoing attempts with parent companies in China to offer attractive discounts to consumers, or sales facilities in addition to offers on spare parts and after-sales services.

Saad pointed out that the depreciation of the Chinese Yuan (CNY) has not significantly affected the decline in the price of cars in Egypt due to the high price of the dollar globally, which is the main currency for the import of automotive components in China. The decline of the CNY will not be felt by the consumer.

Similarly, Kamal Naguib Assistant Vice President of Chery in Egypt said that Chinese cars suffer from the difficulty of competing against European cars that enjoy full custom exemptions, and will have a similar competition with Turkish-origin cars one they receive the same privilege starting next year.

Naguib explained that the best solution is to try and enter the competition with high-quality cars with competitive prices, as a result of customs exemptions, through the local assembly. When the Chery Group decided to turn to local assembly for some of its models such as Chery Arrizo 5 and Chery Tiggo 3, they found that components from local assembly are subject to custom fees ranging only between 4% and 6%, allowing Chery models to be offered in the market at affordable prices and withstand European and other zero-customs cars.

He pointed out that the proportion of local components in the new car Chery Tiggo 3 reached 48%, represented in the interior of the car and some other parts, which enhances the national industry, noting that the company aims to reach 4,000 cars assembled locally annually in the Tiggo 3 model next year.

Ahmed Anwar, Marketing Director at National Motors, the agent of Glory DFSK in Egypt, said that the sales of Chinese cars have gone through four stages since the beginning of the year. They began to decline in the first quarter of the year due to consumers anticipation for the impact of customs reduction or the zero-customs.

At the beginning of the second quarter, sales started to improve gradually as consumers understood the reality of the prices offered by the agent. The third quarter, the cars started saw prices in the market return to normal and the sales started to recover again. In the fourth quarter, the company is anticipating a high demand from consumers for its 2020 models, which may improve sales significantly.

Anwar stressed that the prices of European cars did not really near the prices of Chinese cars, stressing that the agent has an active role in meeting the demands of customers. The most important of which is to provide service centres and after-sales services to offer spare parts effortlessly and at reasonable prices.

Some of the companies could have used a variety of Chinese cars without their parent companies (the grey market), for quick profits, regardless of the customer’s interest, or the provision of spare parts or after-sale services for them, he said. During the last five years, the Chinese automobile industry has developed remarkably, and Chinese car companies have become mindful of the set of conditions that must be available for dealers before granting its agency, especially service centres, distribution places, and the history of the potential agent.

Anwar added that many Chinese companies started exiting the Egyptian market due to their inability to compete and keep pace with the developments of the Egyptian car market, especially in light of the growing awareness of customers, pointing out that the stronger the parent company is, the more it can compete. He stressed the fact that parent companies support their agents in Egypt but will not be able to bear the reductions on car prices.

He pointed out that Chinese car companies plan, during the next stage, to manufacture their cars in countries that have a customs exemption on cars, such as Morocco, Egypt, and Turkey, in addition to some European countries to benefit from trade agreements. This will reflect the prices of Chinese cars in Egypt, stressing that DFSK is currently considering assembling some of its models, specifically the E3 electric car.

On the other hand, an official source from one of the Chinese brands’ agents said that these cars have been able to acquire a market share of the total sales, in addition to the increasing demand, attributing it to the fact that a large segment of consumers have shifted their attention to cars of a lesser price given their specifications over the past period. However, Chinese car sales have seen a major decline due to the elimination of customs on European cars.

He stressed that Chinese companies are seeking to provide discounts on cars in addition to after-sales services and integrated services to satisfy the customer, stressing that the mother company does not interfere in the reduction of car prices and that the agent is the only party in the control of pricing.

He predicted that next year will witness a big boom in car assembly operations in Egypt, especially after the deployment of labour training centres, which is an attractive element for Chinese investments, something that could return Chinese car sales to their previous state.