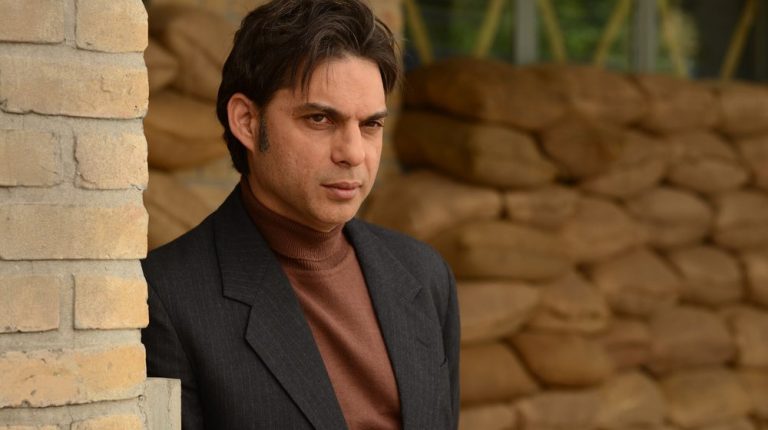 American-Iranian actor Payman Maadi will be awarded the 2019 Stockholm Achievement Award for his unique quality of reaching through the screen, past prejudices and over borders.

Maadi will accept the Bronze Horse at the Nordic premiere and red-carpet screening of his film Just 6.5 (2019) during the Stockholm International Film Festival.The film is competing for the prestigious Stockholm Impact Award.

The festival said that this years’ achievement award went to Maadi for his “world-class role performances that have enriched great cinema.”

“With his powerful and insightful role interpretations, he opens a door for the audience to go beyond the big screen, past prejudices, and over borders. It is the first time the Bronze Horse is awarded to an actor outside of Europe and USA,” the festival said.

Maadi is one of the biggest and most popular film stars in Iran. His acting career took off with Director Asghar Farhadi’s films About Elly (2009) and A Separation (2011). He also starred in several American films like Camp X-ray (2014), alongside Kristen Stewart, which was screened at Stockholm International Film Festival in 2014.

The humoristic satire Jojo Rabbit has been predicted by critics and industry press to be a strong candidate for the Academy Awards.

In Jojo Rabbit, 10-year-old Johannes is just like any other boy, except that he’s a devoted Nazi with the Führer as his big idol. When he discovers that his dear mother is hiding a Jewish girl in the attic, young Jojo finds himself in a moral dilemma.

The film is competing in the Open Zone section, where the International Federation of Film Critics (FIPRESCI) selects the winner for Best Film.

The official program for the festival is announced. This year’s main focus will be Mafia and organised crime. The festival will take place 6-17 November and 150 films from over 60 countries will be presented.

The festival celebrates its 30th Anniversary by paying tribute to French cinema. It will open with the film Marriage Story by director Noah Baumbach, with Scarlett Johansson and Adam Driver starring in the leading roles.

Over 25 films from France are presented, including France’s Oscar submission Les Misèrables by Director Ladj Ly, The Specials by directors Olivier Nakache and Éric Toledano, By the Grace of God by director François Ozon, and Atlantics by actress and director Mati Diop.

A selection of films that will be presented during the festival in November includes titles such as Matthias & Maxime by director Xavier Dolan, The Souvenir by director Joanna Hogg, The Farewell by director Lulu Wang.