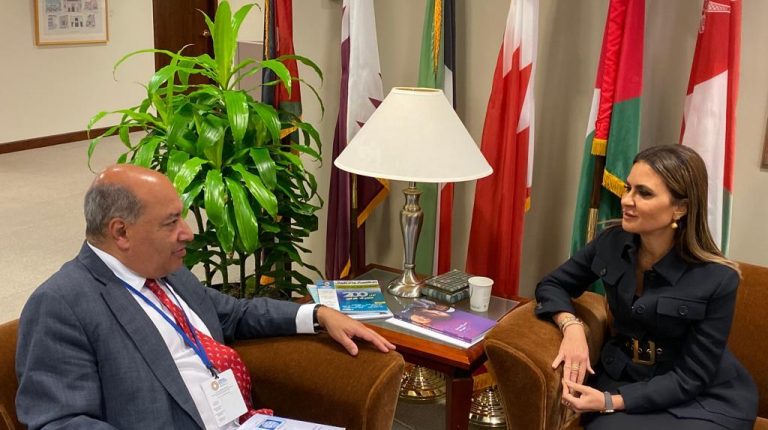 Suma Chakrabarti, president of the European Bank for Reconstruction and Development (EBRD) met with Egypt’s Minister of Investment and International Cooperation, Sahar Nasr over her participation at the International Monetary Fund (IMF) and World Bank (WB) 2019 annual meeting where both sides agreed on promoting infrastructure projects.

Nasr and Chakrabarti both asserted the importance of boosting the role of the private sector in economic development, according to a Sunday ministerial statement of the MIIC. Both noted that Egypt enjoys promising investment opportunities, especially since Africa is in need of more infrastructure projects.

Egypt looks forward to promoting its cooperation and partnership with the EBRD in the sectors of transportation, railways, Metro, small and medium enterprises, and electricity, with particular attention to private sector investments, Nasr noted.

The infrastructure projects are key to economic growth and attracting new investments in Egypt and Africa, seeing that projects directly reflect the real services offered to citizens.

The minister called on Chakrabarti to participate in the Africa Forum 2019 in the New Administrative Capital from 22 to 23 November under the patronage of Egypt’s President Abdel Fattah Al-Sisi.

For his part, Chakrabarti praised the joint successful partnership with Egypt that led to choosing Egypt as the biggest country of operation in the world for the EBRD, adding that Egypt is experiencing economic success stories, especially in the infrastructure projects.