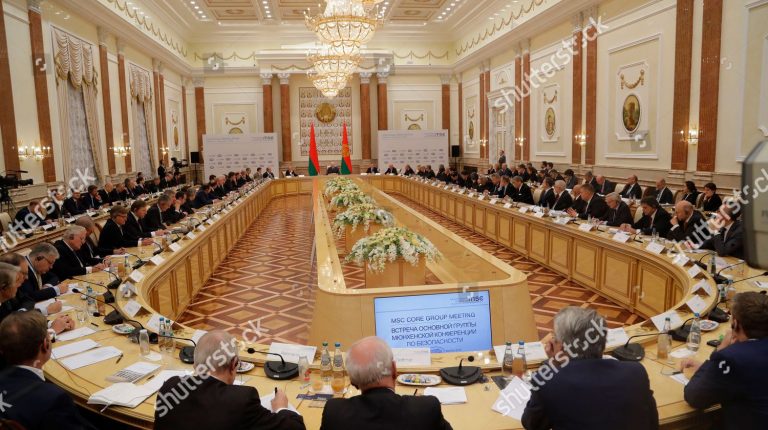 The current Chairperson of the African Union, President Abdel Fattah Al-Sisi, will attend the Core Group Meeting of the Munich Security Conference, which will be held on Saturday, 26 October for two days.

The meeting will be attended by high-level decision makers, ministers, opinion leaders from around the world, representatives of international organizations, civil society, and the private sector.

It will include discussions around issues of regional security cooperation, situation in the Horn of Africa, and instability in Libya, Sudan, and the Arab region in general, as well as common challenges for Arab and African states.

The conference will be held in cooperation with the Ministry of Foreign Affairs of Egypt, the League of Arab States, and the African Union.

The conference will also convene a subsequent Core Group Meeting in Doha, co-hosted with the government of Qatar on 28 and 29 October. The meetings will continue in Saudi Arabia and Turkey afterwards.

The Doha meeting will take place with the support of the Qatari Ministry of Foreign Affairs and the League of Arab States and will be attended by senior political decision-makers, experts, and representatives of international organisations and civil society from the respective regions, with counterparts from Germany, Europe, and other parts of the world.

Al-Sisi attended the annual Munich Security Policy Conference this February, in which he highlighted security challenges facing the African continent, migration issues, and means of fighting terrorism in his address. He also referred to the Libyan issue as one of the most pressing African issues requiring a solution.

Core Group is an exclusive group of participants has the opportunity to discuss important topics of international security policy with regional and global actors. Meetings take place on a small scale at different locations around the world, according to MSC official website.