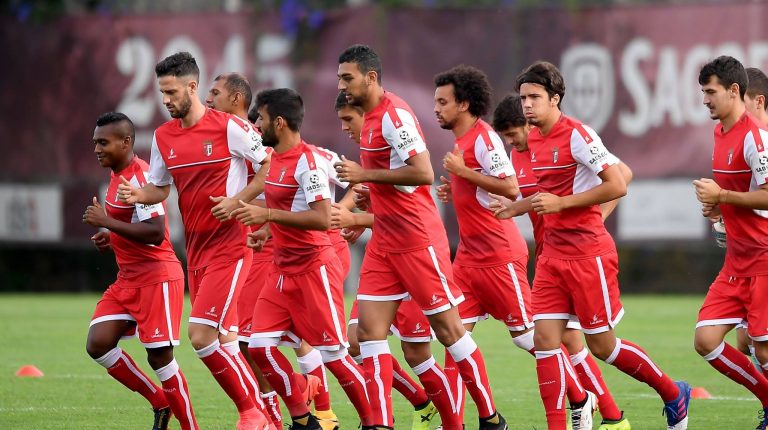 The third round of the group stage of the UEFA Europa League will kick off on Thursday.

In Group K, Braga, where Egyptian forward Ahmed Hassan Koka plays, will fly to Istanbul to meet Beşiktaş, where another Egyptian international midfielder Mohamed Elneny plays, at the Vodafone Park.

Braga ranks second in the group with four points, while Beşiktaş tails the ranking with no points, having lost two games.

Simultaneously, AS Roma will host Borussia Mönchengladbach at Rome’s Olympic Stadium aiming to revive their strong performances in the continental competition.

Roma are in first place with four points in Group J, while Borussia are fourth with one point.

Manchester United, meanwhile, will fly to Belgrade to meet Partizan, eyeing the top spot of their group as both teams have four points. Manchester United drew with AZ Alkmaar in the last round of Group L, while Partizan beat Astana in the same round. Also, Astana will face AZ Alkmaar at the Kyocera Stadium.

In Group I, Gent will host Germany’s Wolfsburg in a tough clash at the Ghelamco Arena. Wolfsburg are leading their group with four point, beating Gent on goal difference.

In Group F, Arsenal will host Vitória SC of Portugal at the Emirates Stadium. In the same group, Belgium’s Standard Liège will play Eintracht Frankfurt at the Commerzbank-Arena. Arsenal are in first place with six points, followed by Standard Liège in second with three points, then Eintracht in third with also three points, while Vitória are fourth with no points.

In Group G, Glasgow Rangers will face Porto, and Young Boys of Switzerland will host Feyenoord.