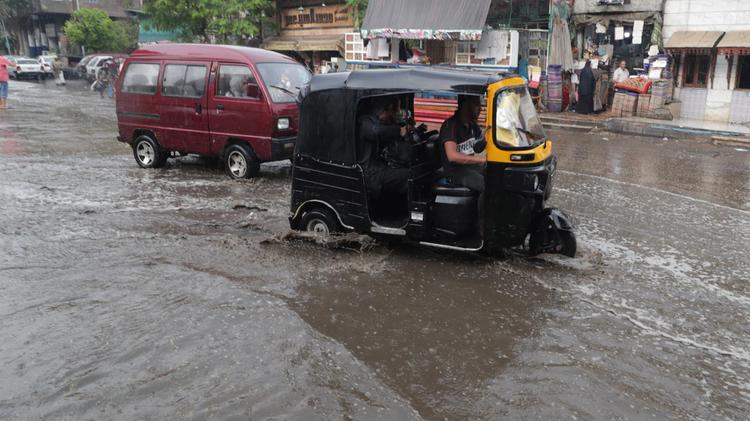 Heavy rainfall in Cairo have forced authorities to close schools and universities on Wednesday, as a wave of unstable weather is expected to continue till Friday.

On Tuesday, thousands of workers and school students got stuck in traffic mayhem for hours as most major roads flooded.

Prime Minister Mostafa Madbouly announced, on Tuesday night, the closure of all schools and universities in three governates, Cairo, Giza, and Qaliubiya.

EgyptAir flag carrier airline also decreed on Tuesday to delay some of its flights from the Cairo International Airport as most of its passengers could not make it to the airport on time. The company also decided to exempt its late passengers who could not catch their flights from any fines on rebooking.

Meanwhile, the Cairo International Airport said it shut down a terminal in the old building of the airport, saying it was under renovation and only used for a limited number of flights daily. The decree followed videos and photos from social media showing the terminal flooded with rainwater as passengers struggle to move inside.

Several parts of Cairo witnessed a blackout for short periods of time during the rainfall. The Health Ministry announced that it is on high alert as some hospitals in the affected governates experience major difficulties.

Meanwhile, Marwa, a 9-year-old girl, has died of electric shock in the flooded streets on Tuesday on her way back from school in 10th of Ramadan City.

Nasr City and Heloplice were the areas most affected by the heavy rainfall in Cairo, as major roads, squares, and tunnels flooded, including Al Orouba Tunnel, Martyr Hisham Barakat Square, and Salah Salem St.

A spokesperson of the Cairo governorate said in a televised statement that about 30 vacuum trucks were deployed to suck water in the affected areas.

On social media, users shared photos and videos showing vehicles completely submerged in water and citizens trying to swim in the streets. The social media users criticised the government over its inefficiency in dealing with the already expected heavy rainfall that resulted in such chaos. They blamed officials for the poor infrastructure and sewerage network, using several hashtags on social media, such as “#Egypt_sinks.”