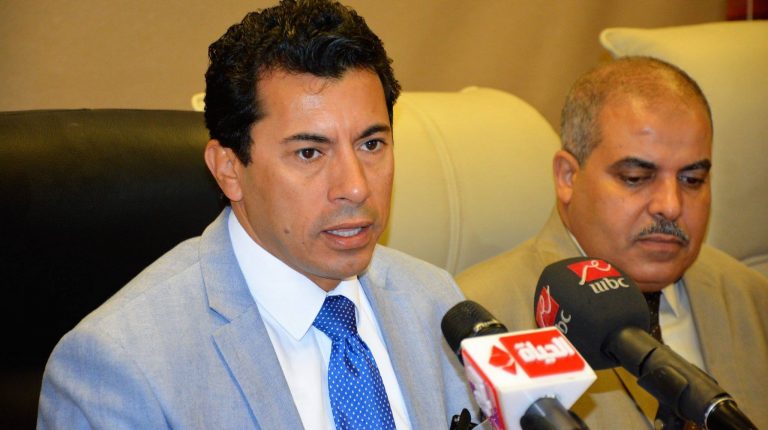 Minister of Youth and Sports, Ashraf Sobhy, mediated to end the dispute that erupted recently due to the postponement of the Cairo derby match between Al Ahly and Zamalek in the Egyptian Premier League, which was scheduled to be held last Saturday.

The minister contacted the officials of the Egyptian Football Association (EFA) to find a solution that satisfies all parties, as well as postpone the local league during the U-23 Africa Cup of Nations, which will be played between 8-22 November. The tournament will determine which three African teams will compete at the 2020 Summer Olympics men’s football tournament in Japan.

Meanwhile, the EFA officials said that a CAF committee will visit Egypt next week to inspect the Cairo and El Salam stadiums to ensure their readiness to host the U-23 AFCON.

In a different note, the Egyptian national team coaching staff, led by Hossam El-Badry, have settled on a list of 40 players from which they can make selections for the upcoming 2021 African Cup of Nations qualifiers against Kenya and Comoros. The Pharaohs are hosting Kenya on 14 November, then flying to face Comoros on 18 November.

The national team director Mohamed Barakat pointed out that the coaching staff wants to play a friendly match on 8 or 7 November to avoid conflicting with the opening of the U-23 AFCON, noting that they addressed Djibouti and Liberia, but none of them has replied yet.

Hossam El-Zanaty, head of the competitions committee of the EFA, will meet the national team’s coaching staff on Thursday to coordinate the match’s timing.