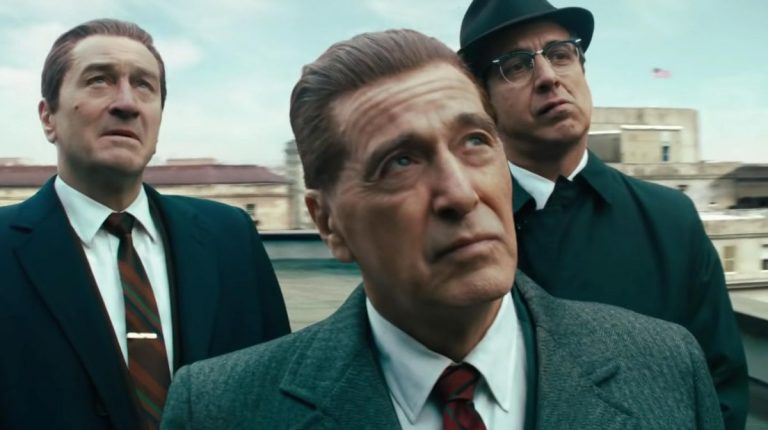 The festival announced Wednesday in a press release that the Netflix film, which is based on Charles Brandt’s book, reunites director Martin Scorsese with Robert De Niro for their ninth collaboration, and will see its MENA premiere in Egypt.

In addition to the gala premiere, there will be a second preview screening of ‘The Irishman’ for festival goers and film lovers across the city on 21 November in the Opera House.

The Irishman is an epic saga of organised crime in post-war America told through the eyes of World War II veteran Frank Sheeran (Robert De Niro), a hustler and hitman who worked alongside some of the most notorious figures of the 20th century. Spanning decades, the film chronicles one of the greatest unsolved mysteries in American history, the disappearance of legendary union boss Jimmy Hoffa (Al Pacino), and offers a monumental journey through the hidden corridors of organised crime: its inner workings, rivalries, and connections to mainstream politics.

CIFF’s President Mohamed Hefzy commented on the decision saying that the festival is excited to be “raising the red curtain of the Festival with the epic masterpiece from one of the greatest filmmakers of all time, the genius that is Martin Scorsese.”

‘The Irishman’ is a true cinematic experience with powerhouse performances that will thrill audiences in Cairo this November,” Hefzy added,

The Irishman is among 150 films from 63 countries due to screen over the ten-day festival. Spanning all genres and formats, from shorts to features, there will be 30 world and international premieres and 90 MENA premieres. The emphasis is, as ever, on Arab cinema, with 20 films hailing from the Middle East and North Africa being showcased in the line-up.

The Irishman will be available on Netflix on November 27th, 2019.