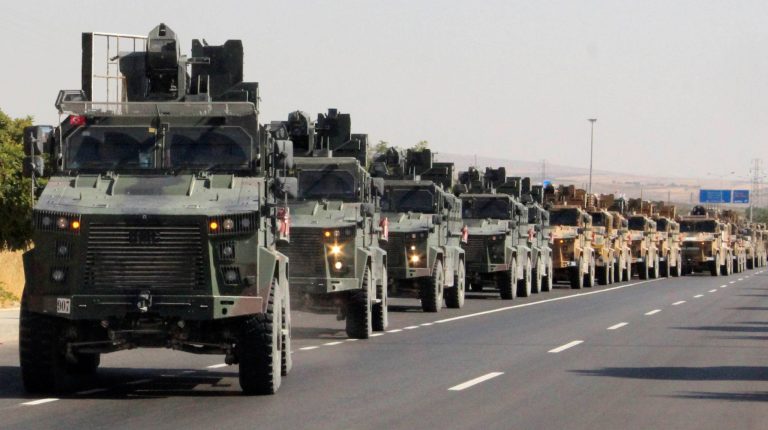 Turkey announced it will not initiate further military operations against Kurdish forces in northern Syria. A few hours after the announcement, the Kremlin accused the US of betraying Syrian Kurds, then advised Kurds to withdraw from the Syrian border, both Turkish and Russian local media reported, on Wednesday.

The Kremlin spokesperson Dmitry Peskov on Wednesday said that if the Kurds did not withdraw as per Tuesday’s deal agreed between Moscow and Ankara, the Syrian border-guards and Russian troops would have to withdraw, leaving the Turks and Kurds to battle each other with no support.

“The United States has been the Kurds’ closest ally in recent years. [But] in the end, it abandoned the Kurds, and in essence, betrayed them,” Peskov said.

On Tuesday, Turkey announced that there is no need to continue its operation in Syria. However, any further developments depend on the Kurds’ withdrawal, Russian Minister of Foreign Affairs, Sergey Lavrov, said on Tuesday, on the outcomes of the talks between Turkey and Russia.

This decision comes after the Turkish government reached an agreement with Russia to cooperate in the removal of Kurdish fighters from the Syrian-Turkish borders.

“The operation is coming to an end, now everything will depend on whether the agreements will be adhered to, namely regarding the disengagement of forces and equipment, and the withdrawal of Kurdish military formations,” Lavrov asserted.

Under the pact between Russia and Turkey, the Syrian National Army would enter the border from Wednesday noon, alongside Russian troops.

Hours after the deal was announced, Turkey’s defense ministry announced the US officials said Kurdish militants had withdrawn completely from the “safe zone” Ankara had demanded, located in northern Syria.

Moreover, US Vice President Mike Pence declared his support for the establishment of the safe zone, saying “We may well give the international community an opportunity to establish a safe zone between Turkey and the Kurdish population in Syria that will ensure peace and security.”