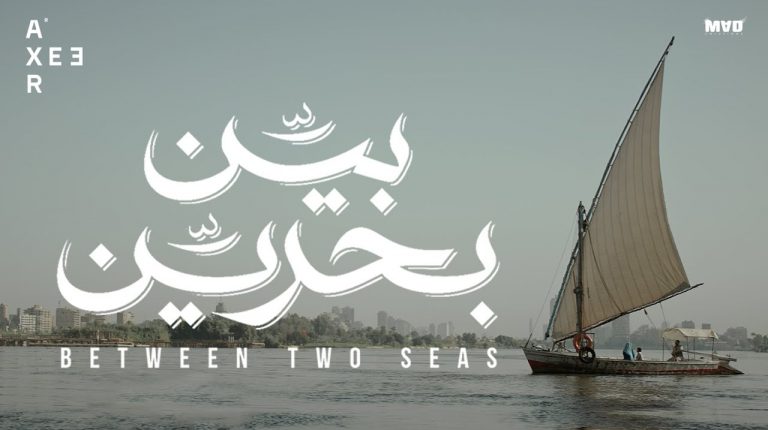 In Egypt, especially in rural areas, women are still struggling for their empowerment, either through fighting against cultural misconceptions, or to even realise that some of the values they were raised to believe in are problematic.

This is what exactly the Bein Bahrain film (Between two seas) tackles. When you hear the film’s name for the very first time, people might think it’s about a geographical place or an issue related to nature. But through this one, the scriptwriter targeted a much deeper issue.

Last Thursday, the film was officially screened in cinema theatres across Egypt, and its premiere was last Wednesday.

When asked about the film’s name, co-scriptwriter Amani El Tunsi told Daily News Egypt that they chose this name to represent the difference between the sea of ignorance and knowledge, also describing the  location of the film’s events, which is Geziret El-Dahab in Maadi district, Cairo.

The film was produced by Axeer media production company, and the executive producer Abdelrahman Al-Garawany, while the marketing and distribution was managed by MAD Solutions.

The film is the outcome of a joint collaboration between the National Council for Women, the United Nations Women, Axeer, and some development partners, out of their belief in the role of cinema in changing cultural misconceptions towards women in different societies.

“This film is one of the projects supported by Japan through the UN Women to improve the status of women,” the Japanese ambassador to Egypt, Masaki Noke, told Daily News Egypt.

The three main characters of the film may seem alike, but they deliver different messages to the audience concerning different issues.

Throughout the film, the role of education in impacting one’s perceptions and problem-solving skills is evident. Despite the fact that all three characters live within the same culture, their reactions to situations differed.

The film might seem exclusively focusing on female genital mutilation (FGM), however, it displays various issues as well.

The film takes the audience through a journey of females’ sufferings in rural areas ever since their birth. They first struggle against the patriarchal society that prefers males over females. Moving on to their struggles with cultural misconceptions, such as FGM, early marriage, and subsequently deprivation from education and work. They were raised on the dependency on men, feeling less confident to achieve anything on their own.

One of the three characters of the film was trying to fight against the problematic cultural norms, raised on different values, however, she still suffers from being surrounded by a community that is against women’s basic rights.

Meanwhile, the other two characters themselves faced severe problems from the very beginning, including deprivation from education and domestic violence, before a plot twist that changed their mindsets. Accordingly, they started trying to work on themselves to achieve what they once thought was impossible.

The three protagonists are portrayed fighting for different forms of empowerment until they reach it at the end.

The film really succeeded in presenting its messages in a very clear and simple way, touching the audience, making them relate to the characters.

Although it might be seen as rough, leaving views with heavy-hearts, it reflected the truth.

Daily News Egypt attended the premiere screening of the film, meeting the people behind it to learn more about the idea.

How did they come up with the film’s idea?

According to the NCW’s President Maya Morsi, Bein Bahrain is considered the first feature film to discuss societal problems of women especially in rural areas. Hence, it was crucial to ask how they came up with its idea.

Maha Rateb, communication and advocacy analyst at UN Women, told DNE that in 2016, together with its main partner the NCW, it produced the song titled “Nour,” which aimed to raise awareness among the people on fighting violence against women.

“Since then, we realised the impact of cinema and arts in changing the negative cultures and perceptions, so we decided to produce a movie that touches the societal problems that women face,” she added.

“As we are leaving now the technology age, so we have to reach the people through creative ways not traditional ones,” she asserted

The film was written in a year

Rateb told DNE that as soon as they decided to produce a film dedicated to women’s societal issues, they had to choose a suitable writer for the film.

“We chose Mariam Naoum as she knows how to reach out to the people, in addition to her clear history of the feminism writing which portrayed women’s problems,” she said.

Rateb explained that the UN Women and the NCW’s representatives met many times to discuss with Naoum the problems that they believe women face on the ground based on their researches.

Naoum, then, decided to hold a workshop for writing the film, choosing Amani El Tunsi as the scriptwriter, who also added her insights for every character.

El Tunsi stated that the film took a whole year of writing, asserting that behind every character, there is a specific message that the writer aims to deliver to the audience.

Meanwhile, Morsi told Daily News Egypt that unfortunately the arts still do not reflect the real role of women in society, thus through this film the NCW and its partners are trying to change both people’s mindsets and stereotypes.

Morsi stated that this film is not commercial as it is not the type that audiences prefer to buy tickets for, however, she is calling on all the citizens to go and watch it.

The Japanese ambassador to Egypt told Daily News Egypt that the embassy has been working with the UN Women for three years.

“Our funds to UN Women’s activities and work are still ongoing, and this film is considered one of the products of this cooperation to change the inappropriate mindsets that hinder women’s role in society,” he added.

The ambassador also referred to FGM as a sensitive topic, that is very dangerous and affects both the females and the society.

“I would very much hope that this film helps people better understand the repercussions of this practice,” he asserted.

How can the film have a real impact on society?

All the filmmakers assured that the film’s aim is not commercial, but to have a real impact on the society. The question that should be raised is how the film could impact society, especially as the category that the film targets may not afford the tickets.

In response, Morsi and Rateb said that they are working on a plan to make public screenings across Egypt, free of charge, so that the film can reach all people.