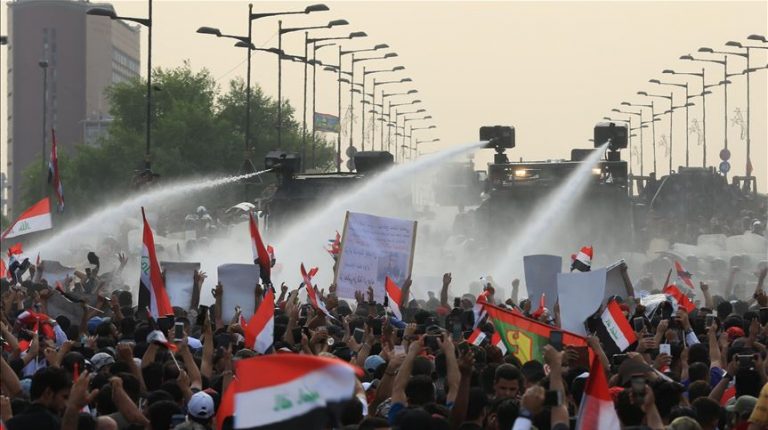 The anti-government protests in Iraq resumed, leading the Iraqi forces to fire tear gas to clear lingering protesters in Baghdad on Saturday morning, one day after dozens were killed during violence clashes with Iraqi forces, Iraqi local media reported.

Although the Thursday protests were peaceful, it had a violent turn, seeing 42 demonstrators killed in clashes between civilians and security forces or guards of political offices, said the Iraqi High Commission for Human Rights (IHCHR).

It was reported that half of Friday’s victims were killed while torching government buildings. The Iraqi Interior Ministry announced that 68 members of the security forces were injured across the country in these events.

Since anti-government protests first erupted on 1 October, nearly 200 people have died and about 2,000 people were wounded in protests across the country, according to a security source quoted by AFP.

After using live ammunition against demonstrators, a government committee was tasked with investigating the violence. The committee concluded that “officers and commanders have lost control over their forces during the protests” and that this “caused chaos.”