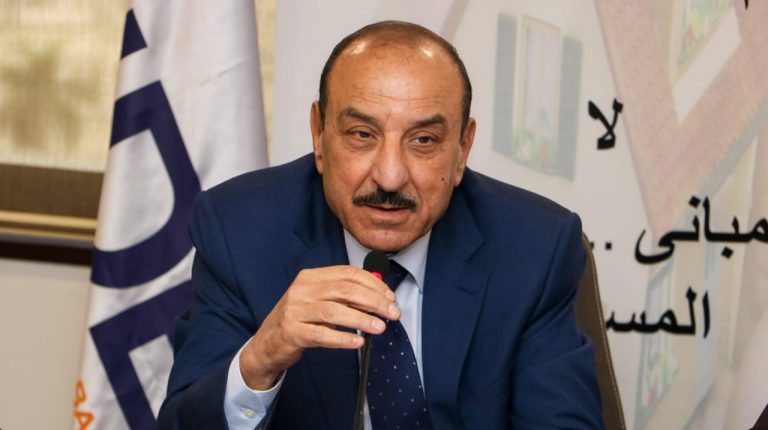 The Industrial Development Bank (IDB) aims to achieve profits of more than EGP 0.5bn by the end of this year, according to the bank’s Chairperson Maged Fahmy.

Fahmy told Daily News Egypt that the bank has so far achieved EGP 435m profits, and it aims to achieve 30-35% growth in its various activities by the end of this year.

On the sidelines of signing a cooperation protocol with the Social Housing and Mortgage Finance Fund, the bank held a press conference last week to increase the volume of financing directed to low-income mortgage customers to EGP1.5bn instead of EGP 1bn.

During the conference, IDB’s leaders revealed that the bank succeeded in boosting the size of its mortgage portfolio to EGP 1.017bn in September 2019, which benefited about 10,000 customers, compared to only EGP 1m in February 2014.

According to Fahmy, the bank had a clear objective since its launch to have a developmental role that supports citizens and helps the state achieve its goals at the same time.

He explained that the bank was keen to offer retail banking for developmental purposes and not commercial ones, a goal that IDB exclusively achieved in the Egyptian market.

To this end, the bank has focused heavily on real estate finance, gas delivery to homes, and providing funds for any developmental projects, he said.

According to Fahmy, the new cooperation protocol with the Social Housing and Mortgage Finance Fund comes as a continuation of the developmental and vital role of the bank to support the country’s strategy. It is also part of its role to develop the national economy, along with extending it to the social dimension and the needs of the Egyptian citizens to provide a stable and adequate housing for large segments of the Egyptian society.

Fahmy praised the successes achieved under the Central Bank of Egypt (CBE)’s initiatives to serve the different sectors of the country, find appropriate solutions to the housing problem, and contribute to the welfare, stability, and prosperity of Egyptians.

According to Fahmy, the IDB is ranked sixth among the banks participating in the mortgage finance initiative in the Egyptian market, and aims to improve its ranking to fifth place soon, targeting a more advanced position later.

Meanwhile, the IDB’s Vice-Chairperson Hamdy Azzam said that after the CBE launched its mortgage initiative, the IDB established a mortgage department in June 2014.

He added that the bank has taken several other steps to support and contribute strongly to this initiative, in line with CBE’s direction to support the low-income groups.

According to Azzam, the mortgage portfolio currently holds about 60% of the bank’s retail banking portfolio.

Azzam revealed that the IDB contracted with e-payment network Fawry to provide a collection of mortgage payments services to facilitate procedures for its clients. The agreement will come into force this week.

Azzam praised the fruitful cooperation and successes achieved with the Social Housing and Mortgage Finance Fund , and the bank’s position among leading banks.

He stressed that the IDB puts development projects at the top of its financing targets, to meet the needs of all social and economic groups, and achieve tangible economic growth with a sustainable impact.

In Sadat city, the bank financed 555 units, in addition to 260 units in Alexandria with EGP 10m. It also financed 155 units in Gharbia, 119 units in Sohag, 591 units in Assiut and Minya, and one unit in Fayoum.

The IDB has also signed a cooperation protocol with Alexandria governorate and the Social Housing and Mortgage Finance Fund to finance 1,138 new units in the governorate. The bank signed a similar protocol with the Housing Cooperative Society for Members of the Engineers Syndicate in Damanhour in Beheira governorate to finance 488 units there.

The bank also raised the maximum age of the customer at the end of the loan to 65 instead of 60, in order to finance the largest number of customers.

According to the bank’s mortgage finance officials, IDB does not finance only the units transferred through the Social Housing and Mortgage Finance Fund, but also deal with private companies which meet the requirements.

During the press conference, IDB’s Chief General Manager of Financial Sector, Mostafa Khedr, presented the most important indicators of the bank’s performance during the past years, pointing out that the bank’s assets increased from about EGP 3.4bn in September 2011 to about EGP 24.5bn by the end of September 2019.

The bank’s net income from revenue increased from EGP 21m to EGP 502m. The bank moved from loss of EGP 4m to profit of about EGP 410m, other than the profits made by the leasing company affiliated to the bank.

According to Fahmy, the qualitative development that took place in the IDB is much more important than the figures achieved.

He explained that the bank succeeded in making a breakthrough in its technology, and succeeding in fixing the imbalance in the administrative structure, in cooperation with PricewaterhouseCoopers (PwC). It also solved tax problems that have been pending for 22 years, amongst other successes.

With regard to the losses incurred by the bank, Fahmy revealed that they have fallen from about EGP 1.650bn two years ago to EGP 850m now.

He explained that the bank has many unused assets, such as its headquarters located in 90 St. in New Cairo, a building on Galaa St., and several other buildings inside and outside Cairo with a collective value of EGP 1.5bn. He added that it can be sold and make capital gains of EGP 1bn, hence covering all deferred losses.

According to Azzam, the bank is racing against time to modernise the technology infrastructure of the bank, allocating about EGP 600m for this purpose, which will enable the provision of the bank’s services electronically during the first quarter of 2020.

He pointed out that the bank is currently expanding its branch network to reach more segments of society, promote the concept of financial inclusion, and provide the services and products of the bank easily.

According to Azzam, six new branches are scheduled to open before the end of this year, increasing the number of branches to 50 in 2023, compared to 18 currently.

It is scheduled to open new branches in the governorates of Minya, Ismailia, Beni Suef, Damietta, and Suez, as well as Sadat and New Cairo cities, in addition to the development of existing branches.

The bank also plans to install 42 ATMs covering Egypt’s governorates, and expand e-services to all its customers.

According to Azzam, the bank has succeeded in attracting 183 customers so far within that initiative, with funding estimated at EGP 2bn, stressing that the initiative is a strategic objective of the bank.

As for the bank’s capital increase, in line with the new Banking Law, Azzam said all scenarios are on the table, but the final decision is in the hands of the bank’s main owner, the Ministry of Finance.

Azzam pointed out that a lot of people are working to make a qualitative leap within the IDB, and has begun to pay off already. He stressed that the bank will have a tangible role and a distinct position among others operating in the Egyptian market in the coming period.