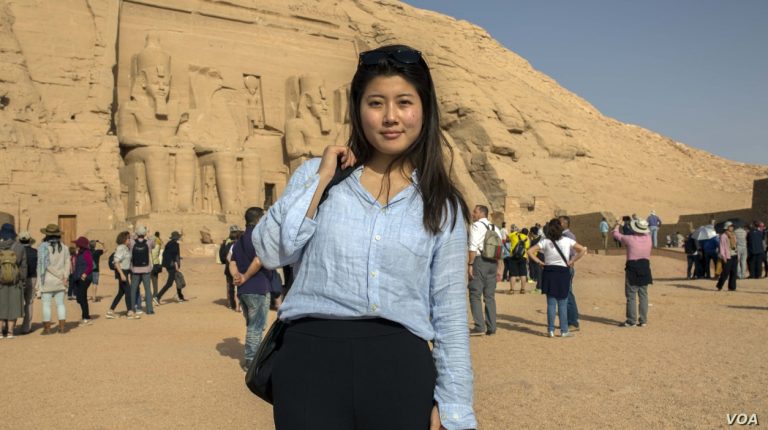 The number of Japanese tourists visiting Egypt during the period from January to September 2019 increased by 38.2%, compared to the same period last year, said Egypt’s Minister of Tourism Rania Al-Mashat.

The minister stated that the most Japanese cities that export tourists to Egypt are Tokyo, followed by Osaka, and Hokkaido.

Her remarks came during a Saturday meeting with Chairperson of Japan Association of Travel Agents (JATA) Hiromi Tagawa, on the sidelines of Egypt’s participation in the activities of the Tourism EXPO Japan 2019 held from 24 to 27 October in Osaka, Japan.

The meeting dealt with various aspects of cooperation to push more tourism movement coming from Japan to Egypt in the coming period.

During the meeting, Tagawa asserted that Egypt is considered as one of the important tourist destinations to which the JATA seeks to organise tourist trips.

He noted that Japanese tourists have a great interest in the cultural tourism, explaining that the Japanese love the Egyptian civilization.

Tagawa stated that he is looking forward to learning more about the tourism sector in Egypt and cooperate with the Ministry of Tourism in the coming period to increase the number of Japanese tourists to Egypt.

In response, Egypt’s Minister of Tourism affirmed the deep relations between Egypt and Japan, pointing out that there are many aspects of joint cooperation between the two countries in many fields and projects, including the Grand Egyptian Museum (GEM) carried out in cooperation with the Japan International Cooperation Agency (JICA) and scheduled to open next year.

Moreover, the minister called on the JATA to organise tourist trips from Japan to visit the GEM after its opening, pointing to its unique location next to the Pyramids and the Sphinx Airport. This provides an opportunity to organise tourism programmes that combine the visit of the museum with other tourist attractions.

The minister pointed to the possibility of enhancing cooperation between the ministry and the JATA to push more Japanese tourism to Egypt, including joint promotional campaigns “Co-marketing,” and the new aviation incentive programme launched by the ministry last November. At the end of the meeting, the minister invited Tagawa to visit Egypt.