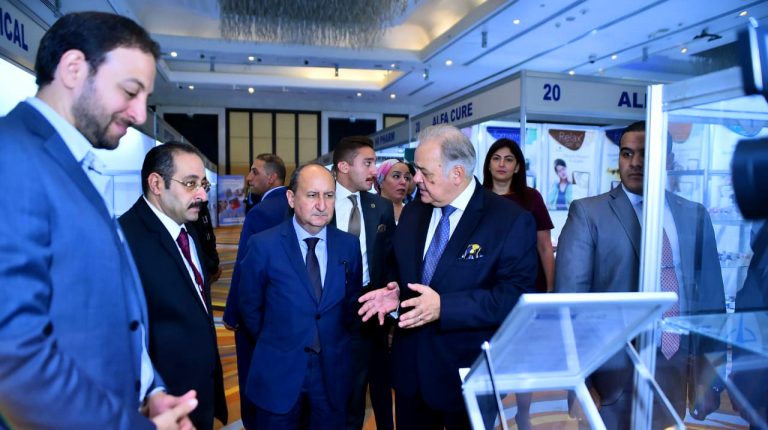 Egypt’s exports of pharmaceutical products during the first nine months of this year increased by 2.6% to reach $392m, compared to $382m during the same period last year, according to Minister of Trade and Industry Amr Nassar.

His remarks came on the sidelines of Egypt’s inauguration of the Egyptian Medical Expo to Africa, which is held under the auspices of Egypt’s Prime Minister Mosatafa Madbouly and Amr Nassar, and organised by the Export Council for Medical Industries.

He asserted the importance of strengthening African industrial cooperation in the medical sector, especially in the exchange of expertise and joint manufacturing.

Nassar also pointed out the importance of activating the joint work between the Egyptian business community and the African business circles, with the aim of opening new markets for Egyptian pharmaceutical products in the African market by starting industrial partnerships between the two sides, with Egypt offering its production inputs and experiences.

Nassar referred to the importance of activating the efforts of the Export Council of Medical Industries to increase intra-African trade in the medical sector which amounts to only 5% of the total imports of African medicines.

Maged George, chairperson of the Egyptian Export Council of Medical Industries, said that the imports of African medicines amounted to $16.5bn last year, of which only $660m are intra-African trade, which is equal to only 5%. He noted that there is a necessity to increase this percentage to 30% by 2030.

Concerning the Egyptian Medical Expo to Africa, he stated that this year’s expo will be attended by 34 Egyptian companies and 25 other companies representing seven African nations, namely South Africa, Ethiopia, Ghana, Kenya, Rwanda, Tanzania, and Uganda.