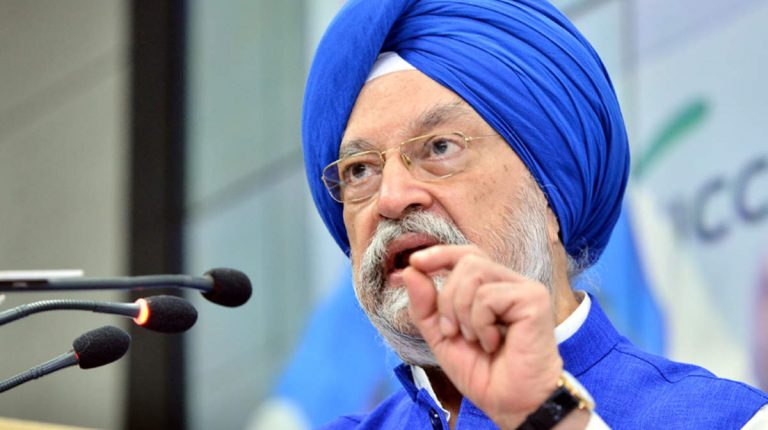 The Confederation of Indian Industry (CII), in collaboration with India’s Ministry of Commerce and Industry, Ministry of External Affairs, and the Export-Import Bank of India are organising the CII – EXIM Bank regional conclave on India – West Asia and North Africa (WANA) conference, on the sixth and seventh of November in Cairo for the first time.

India’s Minister of Civil Aviation, Hardeep Singh Puri, and high-level officials from the Indian government, will be leading a business delegation to the conference, according to the Indian embassy to Egypt last Thursday.

A source from the Indian embassy told Daily News Egypt that Puri will witness the disclosing ceremony of Mahatma Gandhi statue in Al-Hurriah garden near Cairo Opera House on the sixth of November after the conclave’s inauguration.

The source asserted the importance of the visit in boosting the economic cooperation between Indian and North African countries.

Indian Minister for Commerce and Industry Piyush Goyal will accompany the Indian delegation to Egypt to conduct a round of discussions with the Egyptian side on boosting bilateral trade and business relations, said Qaed Ebrahim, Egypt’s representative at the CII.

“A huge conference on Indian projects in North Africa will be organised, in the presence of representatives of Indian companies operating in Egypt, over the visit,” Ebrahim told DNE in August.

The conference will witness the participation of the Egypt’s Minister of Trade and Industry Amr Nassar, and the Minister of Investment and International Cooperation Sahar Nasr, as well as dignitaries and leading businesspersons from Egypt, Tunisia, Morocco, Algeria, Jordan, Lebanon, Iraq, Sudan, and South Sudan.

The event will serve as a platform for dialogue between India, Egypt, and other WANA countries and further strengthen economic and commercial collaboration through business to government (B2Gs) and business to business (B2Bs) engagements.

It will help the government and private sectors as well as key financial institutions from India and WANA region to identify priority areas and special projects for Indian investments and partnerships with a long-term commitment not only to WANA, but to Africa as well.

The two-day event will involve a business conference, ministerial interactions, networking, and B2B meetings. It will focus on several sectors, including physical infrastructure, power and energy (including renewable energy), mining and minerals, manufacturing, logistics, information and communication technology, healthcare and pharmaceuticals, agriculture and food processing, education and skill development, and research and development.

Interestingly, Indian investments in Egypt are estimated at $3.3bn through more than 50 firms in the sectors of textile, chemicals, technology, health care, plastics, automotive, and other key sectors. The Indian embassy said earlier that it adopts a new strategy to boost its investments in Egypt to about $5bn in the coming period.

No longer a curse?