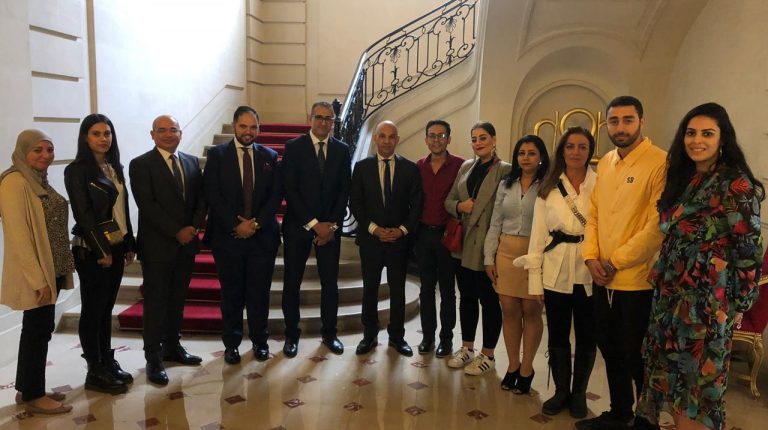 France aims to promote its cooperation with Egypt in the fields of entrepreneurship, infrastructure, and small and medium enterprises (SMEs) over the next years, the French ambassador to Cairo Stéphane Romatet told Daily News Egypt.

“Egypt is a good place for innovation and startups. We want to connect more French startups and Egyptian counterparts, especially that Egypt’s ecosystem is developing and attracting big numbers of entrepreneurs,” the ambassador said.

Egypt already attracts 200 big French companies, some of them have been investing in the local market for decades with €4.5bn investments, Romatet stated. “We can do more by targeting medium-size companies. I think that all the big French companies are here, and the next step is to attract SMEs,” he added.

Although some French SMEs might think the access to Egypt is costly, the French embassy will promote Egypt’s good investment opportunities , the ambassador noted. He added that if the French SMEs can hold business to business (B2B) meetings with Egyptian counterparts, they can agree on investing jointly  particularly in retail, energy, and infrastructure.

Earlier in October, the French Chamber of Commerce in Egypt (CCFE) organised a field visit for 50 French companies to the New Administrative Capital (NAC) where they expressed a strong desire to participate in the NAC. According to the CCFE’s statement, the project will make a qualitative leap for the Egyptian economy.

On that note, the ambassador stated that Egypt is back to stability, with the most dynamic economic growth in the Mediterranean region, huge potentials, and indicators of improvement to its macroeconomic indicators. “These four elements are sufficient to attract new French companies for more trade and investments with Egypt,” he added.

“I am receiving many French companies that realise Egypt’s improving economic situation and they are ready to invest in Egypt, yet the country needs to facilitate good business opportunities to attract new investments and ease difficulties related to the regulatory authorities, customs, and taxes issues,” the ambassador explained.

According to the ambassador, French companies are more interested to invest in Egypt now than two or three years ago, which is a positive sign for the country.

Additionally, the CCFE successfully organised a mission for the Egyptian companies to attend Première Vision Paris, according to a press statement by the chamber last week, when they met with major players in the global fashion industry. The statement added that that the mission attended intensive meetings, over their visit, including representatives of French textile industry, officials of the Chamber of Commerce in Paris, head of the Commercial Office in the Egyptian embassy in France, Gamal Faisal, and other business meetings.

Over the meeting with Faisal, the Egyptian companies listened to his recommendations and advice to successfully increase the trade exchanges between Egypt and France.

The purpose of the mission was to give the Egyptian companies the opportunity to explore the French market, to inquire about the requirements of Egyptian products, and to know the French regulations and standards necessary for trade exchange with France, said the statement. The mission also addressed access to European markets through France.

The French companies expressed their appreciation to the Egyptian products and affirmed their interest in diversifying the cooperation with Egypt, asserted the statement. They noted that following the success of the mission, head of the CCFE in Egypt, Mahmoud Al-Qaisi, announced that he agreed to organise other similar missions in the future, with the aim to increase the Egyptian-French trade exchange.

The trade exchange between Egypt and France surged 36.2% from January to May 2019 to reach €1.212bn, compared to €823.7m in the corresponding period in 2018, the Egyptian Commercial Service (ECS) said in August.