“I still remember the first case that prompted me to open this organisation. She was an infant girl that got burnt during her baby shower, as her mother accidentally forgot a lighted candle near her bed. Her situation was bad, but she could have been saved if she was admitted into a hospital immediately. Nonetheless, she was not accepted in any hospital, until she passed away,” said Heba El-Swedy, the founder of Ahl Masr Foundation, Egypt’s first and only NGO to focus on burn prevention and treatment for free. 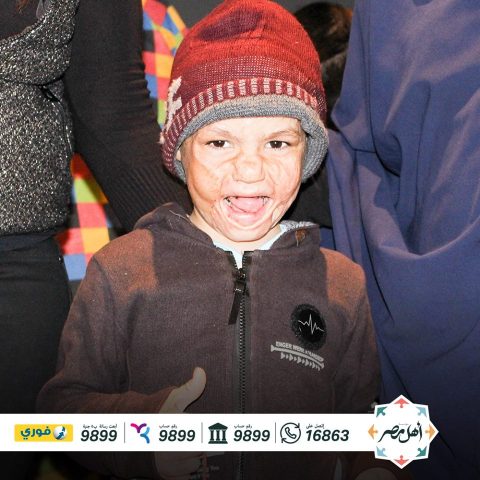 El-Swedy’s remarks came during a roundtable that took place on Sunday in which the foundation celebrated the launch of their latest campaign Ehna Ne’dar “We Can” that focuses on rehabilitating the burn causalities, and facilitate their engagement in the society.

Under the theme “Humanity Burn Free”, the campaign targets raising people’s acceptance to burn victims and limit their bullying. It also aims to promote the foundation which is the only one in the Middle East that is specialised in treating burns, and highlighting their prevention reasons.

The hospital is currently in its latest stages, before the official inauguration which is planned to take place by the end of 2020. Despite its unfinished establishment, the medical team of the hospital treat some cases with burn injuries at other hospitals, with which Ahl Masr is currently cooperating.

Since the establishment of the foundation two years ago, it managed to treat 4,000 people with different burn injuries. Nonetheless, the team faces numerous struggles, as large number of hospitals refuse to admit burn causalities.

“Burns are unlike any other critical cases. They have to be immediately treated within the first six hours, and within certain circumstances in order not to infect or be infected by any other case,” El-Swedy explained.

Egypt is one of the highest countries in terms of burn deaths. About 250,000 people suffer severe burns every year, of whom 60% die due to not being saved within the first six hours following the injury.

“While we are always looked at as a medical entity, the truth is we are just a social foundation that aims to enhance the living conditions of the underprivileged social classes that suffer the most from burns due to their living circumstances. It always starts with a poor community in an undeveloped residential area” said Adel Ahmed, the Health Sector Manager at Ahl Masr. 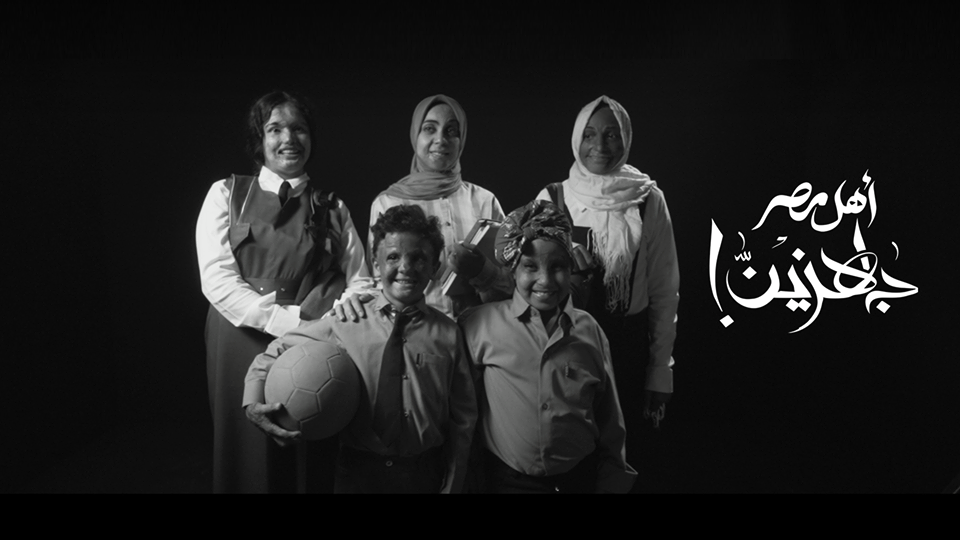 About 70% of the annual admitted patients come from underprivileged areas, in which they live in flammable shanty houses. Ahmed explained that most of the burnt cases – the team met so far – could have been easily avoided, with social awareness.

He further added that the hospital is built over an extremely unique design that was made specially to consider social factors. The hospital is planned to have 200 beds, and 20 intensive care units (ICQ), the cost of each is up to EGP 4m.

El-Swedy explained, “The cost of this type of ICQs is quite larger than any other ICQ, providing a separate ventilation system.”

Parallel to providing the required treatment, the foundation seeks to provide patients with psychological support to help them recover and reengage in the society. That is through awareness campaigns that targets raising people’s acceptance to others who “look differently.”

“About 99% of burnt children are deprived from education, not because they are incapable of learning, but because schools do not accept them for no apparent reason. While those in schools suffer bullying and peer mockery,” El-Swedy said. “Our role [Ahl Masr] is to provide them with rehabilitation at the same time of spreading the idea of acceptance among others.”

When asked about the severe criticism the foundation was met with last Ramadan due to its shocking TV ads, she explained that the ads reveal only the slightest part of the heart-breaking truth.

“Yes, the campaign was daring and shocking, but so is the truth! How would you beautify reality, when it is dark!” she wondered. 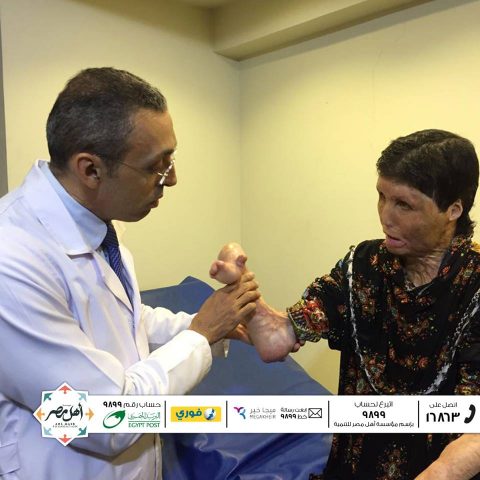 “People need to understand that burn injuries require their support,” she asserted.

Last Ramadan’s ad featured the story of a mother mourning her little daughter’s death in a fire that overtook their apartment while celebrating her fourth birthday. In the background a song speaking of her daughter and the happy times they had together was playing.

While the ad’s purpose was to move audience about a story that occurs almost every day to thousands of people, it backfired due to its “cruelty” as people described.

“This story took place in real life, and the mother of that girl was devastated and broke down when we were shooting the ad, but she insisted on doing it, as she wants people to help similar mothers not to lose their children. However, we are aiming to tone it down in our future campaigns that we have people’s attention” El-Swedy said.

The foundation is currently calling for the United Nation to specify an international day for the burnt, under the name “Humanity Burn Free Day” to encourage cultural acceptance for those who suffered from life-changing burns.