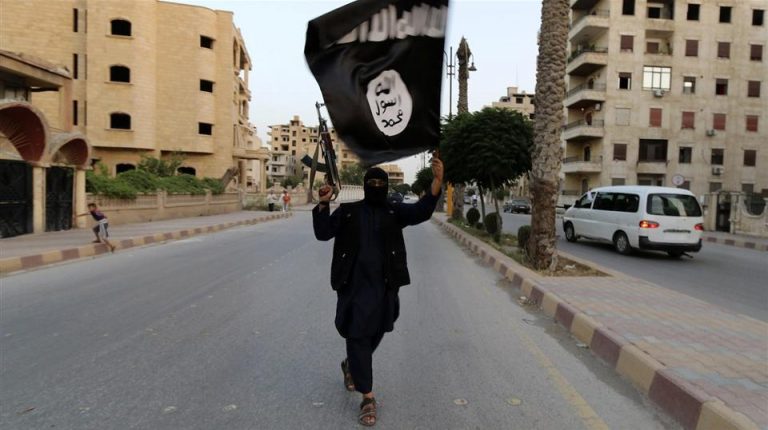 Describing him as “the main aide for Al-Baghdadi,” Abdi said via Twitter that Al-Muhajir was targeted in joint coordination with the US military in the border town of Ain al–Baydah near Jarablus, as part of “the ongoing operations to hunt ISIS leaders.”

No confirmation from the US side has been issued, but the American weekly magazine Newsweek said that it learnt that Al-Muhajir was targeted by the CIA in Syria.

Earlier, the magazine published an exclusive report of the death of Al-Baghdadi in a US military raid in Idlib’s Barisha village where he blew himself up, hours before the US President Donald Trump officially announced the ISIS leader’s death.

Al-Muhajir was named as the terrorist group spokesperson after his predecessor, IS’s propaganda chief, spokesperson, and one of the ISIS’s group founders Abu Mohammad Al-Adnani was killed in a US airstrike in Aleppo, Syria in 2016.

The nationality and the identity of al-Muhajir is not publicly known, but his nickname (the immigrant) suggested he may be a foreigner.

Al-Muhajir was heard last time in a recording in March this year, in which he denied the fall of the “caliphate”, following the battle of Baghuz, Syria, the same month when the SDF declared that IS lost its final stronghold in Baghuz.

Earlier on Sunday, Trump announced the death of Al-Baghdadi, following a year-long hunt in Syria, with the assistance of Turkey, Syria, Iraq, and Russia.

Trump said that eight US helicopters took off on Saturday night from a military base in the Middle East in a mission to hunt Al-Baghdadi of an operation which started two weeks ago.

Two Iraqi security officials told Reuters on Sunday that a top aide for Al-Baghdadi, Ismail Al-Ithawi, gave information that helped in the hunting of the ISS leader.

The sources added to Reuters that Al-Ithawi gave “details about five men, including him, who were frequently meeting Al-Baghdadi in Syria as well as various places they used.”

Al-Ithawi was arrested in 2018 in Turkey in a joint US and Iraqi intelligence operation and extradited to Iraq, according to Iraqi authorities. He received a death sentence by an Iraqi court.

The death of Al-Bagdadi shelved a long US hunt to capture ‘one of the most wanted terrorists’ in the world. The US offered a $25m reward for information leading to his capture.

Al-Bagdadi death followed Trump’s decree to withdraw the US troops from northern Syria, giving Turkey the green light to launch its incursion and offensive against US allies Kurdish forces.

Trump denied that there are any links between the operation of hunting Al-Baghdadi and the US pullback of the US troops. But concerns have been raised over the fate of thousands of ISIS fighters and their relatives who are held in Kurdish-led prisons and detentions, amid reports of hundreds of them escaping since Turkey’s incursion began earlier this month.