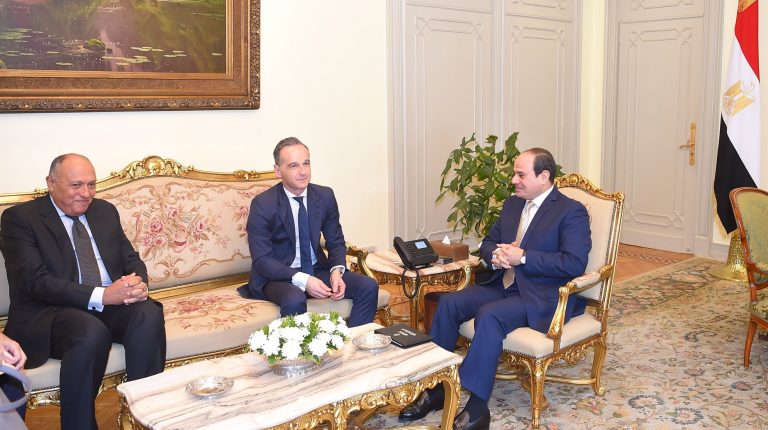 During the meeting, the president expressed Egypt’s aspiration for attracting the German investments in light of the latest improvements in the Egyptian investment environment.

The meeting also addressed several regional issues in the Middle East, and they agreed to continue the Egyptian-German cooperation and consultation in this regard.

The situation in Libya was on top of the discussions between Al-Sisi and Maas as they reviewed each country’s efforts for reaching a solution to the Libyan crisis.

According to the statement of the Foreign Ministry, the two sides agreed on the importance of reaching a political solution that preserves the state’s resources and institutions in Libya, combat terrorism, and prevent foreign interferences.

The meeting also stressed the necessity of reaching a political settlement for the Syrian crisis.