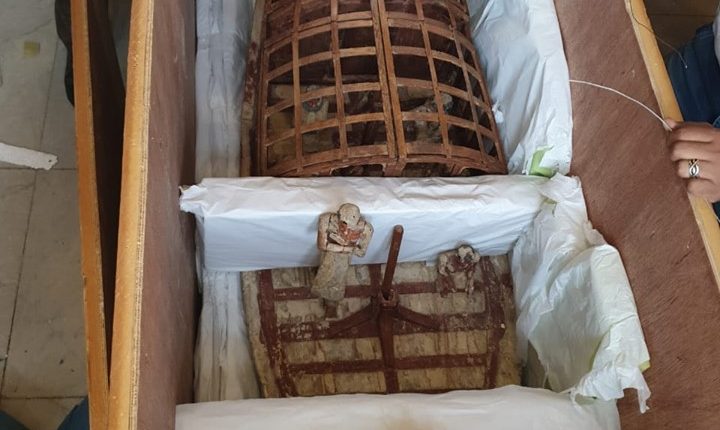 The Grand Egyptian Museum (GEM) received on Monday 140 artefacts from the Tahrir’s Egyptian Museum, preparing for its grand opening planned to take place in 2020. 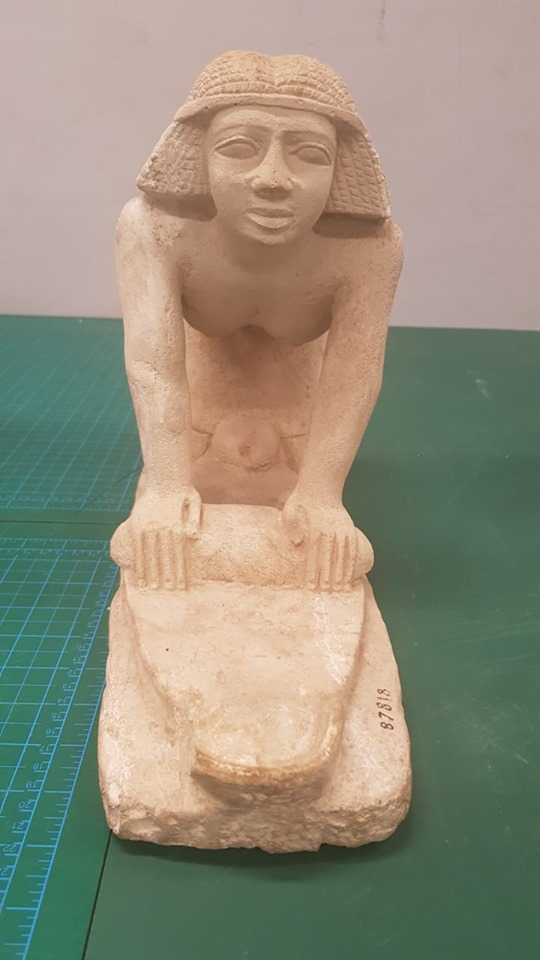 The artefacts belong to various historical eras from the pre-dynastic period to the Greco-Roman era.

Among the most important transferred relics, an alabaster statue for King Khafra who was the ruler of the fourth Dynasty, as well as a coloured statue made of limestone for a priest called Kay.

The statue featured the priest while sitting on a chair, and his wife sitting next to his left leg with her names carved above her head and his son next to his right leg. Among the transferred relics was also a sarcophagus of king Senusert.

For his side, the Director-General of Archaeological Affairs at the GEM Al-Tayeb Abbas stated in a press release that the transferred relics will be showcased at the old kingdom hall at the GEM, while the others will be on display over the stairs of the museum.

So far, the number of giant and heavy antiquities transferred to the new museum reached up to 42 pieces, which were all transferred by Egyptian experts.

The exact opening date of the GEM was not yet announced. But the Ministry of Antiquities revealed it to be in the second half of 2020

The museum is planned to show the complete collection of the young king Tutankhamun, which is expected to heavily flourish tourism in the upcoming years. Almost all of the beloved Pharaoh’s belonging were transferred to the museum.