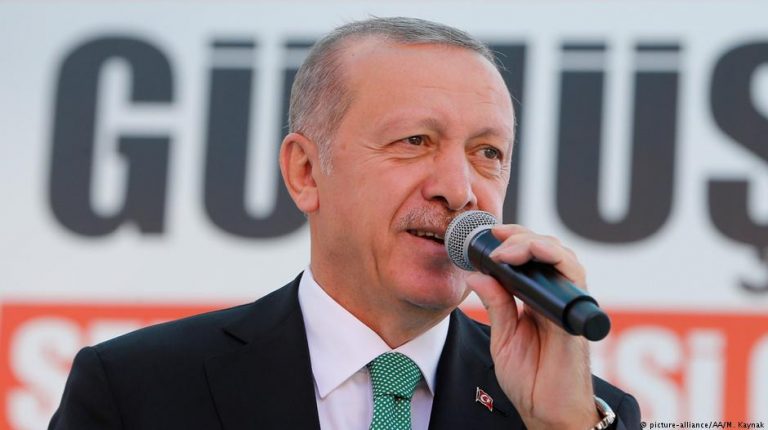 Turkish President Recep Tayyip Erdogan announced that Turkish-Russian patrols in northeast Syria are to start at a depth of just 7 km on Friday, although the Kurdish YPG militia has not completed its withdrawal to 30 km from the Turkish border, Reuters reported.

Under the Sochi deal, Turkish and Russian joint patrols had been set to begin on Tuesday at a depth of 10 km. However, Erdogan told parliament in a televised speech, that the joint will work on the ground on Friday.

late on Tuesday, the Turkish defense ministry also announced the start of reconnaissance flights and mine clearing operations within 10 km inside Syria.

Although the Kremlin has informed Ankara that the YPG had completed its withdrawal from the safe zone, 30 km from the Syrian borders with Turkey, Erdogan said that he has information suggests that the withdrawal “has not been succeeded in a full sense.”

He also warned to carry out a Turkish operation if “we see that the members of the terrorist organization have not been moved out of the 30 km, or if attacks continue, no matter from where.”

Meanwhile, the Syrian constitutional committee met on Wednesday to try to draft a new constitution, the talks which took place in Geneva, is backed by the UN.

The UN said the talks will be “Syrian-owned and Syrian-led,” paving the way for reforms and elections.

Ahmed al-Kuzbari, the head of the Syrian government delegation, asserted that the talks must ensure the sovereignty and territorial integrity of Syria, rejecting direct and indirect external interference in the internal affairs.

Referring to the American troops, he added that “any presence of occupying forces on our territory and the encroachment on our resources could threaten the political track.”