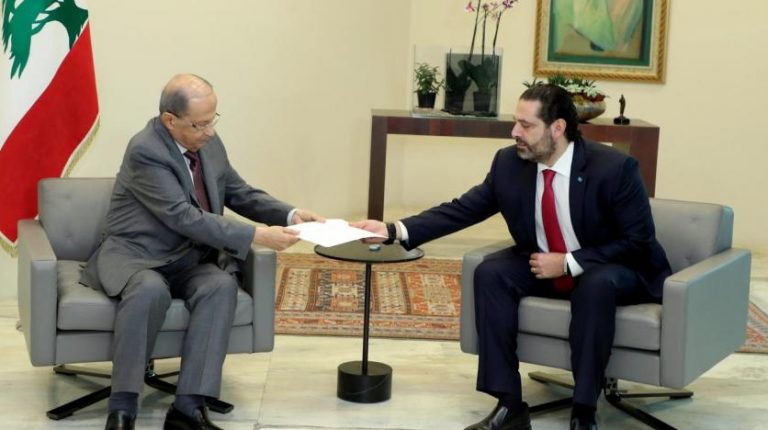 The resignation of Lebanon’s government aimed to ease the unrest, but protesters vowed to demonstrate until all their demands are met, saying that the government’s fall was only one of their demands.

Meanwhile, the Lebanese army intervened to open the highway north of the capital, Beirut, dispersing the protestors, who were cutting off access to some of the main roads for the past two weeks. However, the Lebanese banks will remain shut amid ongoing unrest.

The protests that have been ongoing for 14 days, blocked the main roads, leading the Lebanese army to intervene to disperse demonstrators, one hour after its call on Wednesday, which urged the protesters to voluntarily open the blocked roads.

The soldiers have pushed the protesters blocking the highway at Jal al-Dib and took down the tents they had set up in the area. However, the internal security forces negotiated with protesters to open other roads and voluntarily removed tents they set up on the highway.

In the statement, the army command affirmed the right to peaceful protest as protected by law but said it applied “in public squares only.”

Late on Tuesday, the US Secretary of State Mike Pompeo called for Lebanese political leaders to “urgently” help in forming a new effective government.

“The peaceful demonstrations and expressions of national unity over the last 13 days have sent a clear message. The Lebanese people want an efficient and effective government, economic reform, and an end to endemic corruption,” Pompeo said in a statement.

“Any violence or provocative actions must stop, and we call upon Lebanon’s army and security services to continue to ensure the rights and safety of the protesters”, he added.

“The further development in Lebanon is for us and for the whole region of decisive importance. We hope possible future protests will be peaceful,” Maas added.