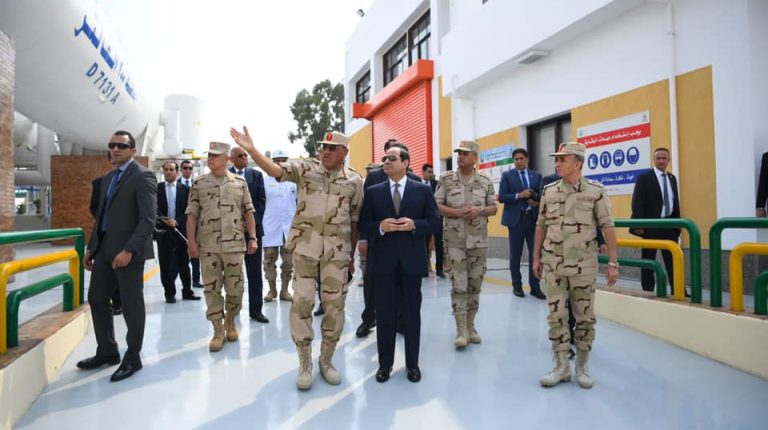 The president affirmed that the government will continue establishing new projects, regardless the criticism against the timing of opening them.

On a different note, the president revealed that the Egyptian Sovereign Fund will include all the state assets, and will reflect the economic capacity of the Egyptian state.

He added that the Armed Forces’ participation with the private and civil sectors in the completion of some works and projects, comes not at the expense of these sectors, but to help them.

Pointing to examples such as the greenhouse projects, the president said that these projects, in which the army is involved, provides thousands of job opportunities. He added that the private sector is always welcome to participate in such projects.

The president hinted to the possibility of floating the Armed Forces’ companies on the stock market, so that the Egyptian people can have shares in these companies.

On a different note, Al-Sisi said the general prosecutor is the representative of the Egyptians and that investigating any official should not be taken “sensitively”.