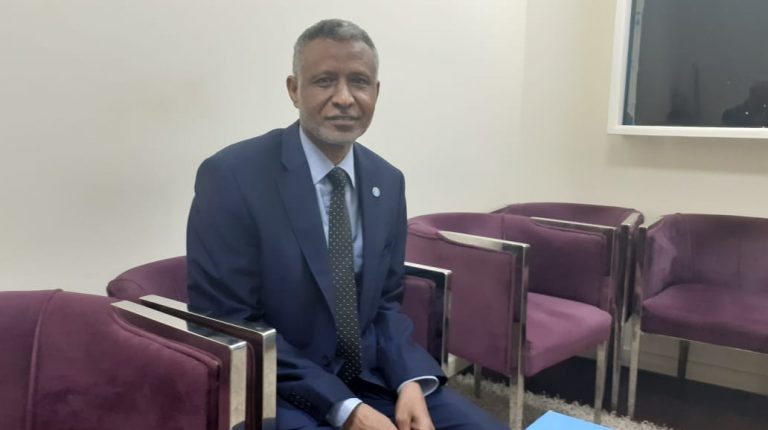 A few days ago, the Food and Agriculture Organization of the United Nations (FAO) celebrated the World Food Day, under the theme ”Healthy Diets for a Zero Hunger World”.

According to FAO, more than 672 million adults and 124 million children aged 5-19 are obese, more than 40 million children under five are overweight, while more than 820 million people suffer from hunger. The report attributed these rates to an unhealthy diet, and described it as the leading risk factor for mortality worldwide.

Daily News Egypt discussed with the representative of FAO in Egypt, Nasredin Hag Elamin, these rates, the role of FAO, and its cooperation with Egypt and Arab countries.

What is the exact role of the FAO?

FAO is a specialised subsidiary agency of the United Nations that leads international efforts to end hunger. Its goal is to achieve food security for all, ensuring that people regularly receive enough high-quality food to have an active and healthy life. FAO works in more than 130 countries worldwide with more than 194 member states. We believe that everyone can play a role in ending hunger.

What is the form of cooperation between FAO and the Egyptian government?

As a party responsible for food, we cooperate with the Egyptian government through the Ministry of Agriculture as FAO’s partner. However, our cooperation is not limited to agriculture, and extends to ministries of environment, water resources, and others.

We also cooperate with all agencies, including private sector institutions, through the Ministry of Agriculture.

What are the most important sectors in your cooperation with Egypt?

Children and women are our top priorities, and there is a focus on some of the most less-privileged governorates. We offer help at various levels, including production and innovation of new production systems for agriculture, awareness, proper consumption, and the formation of appropriate meals. However, we need more work, especially with children and women. FAO is certainly working with all other sectors, and we are creating programmes to fully coordinate with Egypt in the field of agriculture.

Is the organisation interested in cooperating with the private sector?

Of course, we are ready to deal with all partners, including the private sector, because it has a very big role. It is the sector with the most influence on the quality of food and delivering it to the less-privileged places. It also conducts post-harvest operations, refrigeration, storage, distribution, and classification, and thus plays a role in providing food for a suitable price for the consumer.

Have you been able to cooperate with Egypt in bridging the food gap?

Bridging the food gap is important, but I think it is not the only and primary goal. It is almost impossible in light of production and water shortages.

Do you think Egypt is undernourished?

Egypt’s results in undernourishment are less than 5%, but Egypt’s biggest challenge is to address the problems of malnutrition for children and women in pregnancy, as well as the increase in obesity rates.

Malnutrition can lead to many serious problems, including dwarfism of children, which reached 20% nationwide. Also, obesity is also increasing worldwide, and it is more than 30% in Egypt.

But in terms of undernourishment, Egypt has had great success, with many people getting nearly enough calories.

What are your latest projects with the Egyptian government?

A few days ago, we concluded an agreement on sustainable management of land, water, and agricultural biodiversity in the New Valley. A project based on the ecosystem approach, especially the objectives of agro-ecosystems, which are complex agricultural and pastoral production systems. The sustainable management of land and water by smallholders must be consistent with the management plan that takes into account the broad capacity of the natural resource base.

What does this project provide?

How do you evaluate the cooperation between the FAO and Arab countries?

Arab countries have a special problem, they have a large and widening gap that is still growing. The food production does not meet the needs of the Arab region.

FAO is calling upon these countries to cooperate more, especially in the areas of increased production, because the gap has become a reality. Countries can offer sustainable help in other ways.

Does water shortage in the Arab world threaten to widen the food gap?

In fact, water is decreasing globally, but it is scarcer in the Arab region, and could threaten their food production. The alternatives available are first to rationalize and maximize water usage. Other options include increasing water resources, improving quality, better reuse, and desalination. Regional cooperation in water use is a major alternative to compensating for water shortages.

Is the hunger gap getting wider globally?

Yes, the State of Food Security and Nutrition 2019 report indicates that the number of undernourished people in the world is increasing. More than 820 million people do not have enough to eat, including more than 50 million in the Near East and North Africa, while overweight cases and obesity continue to rise in all regions, especially among school-age children and adults.

What are the main reasons for this contradiction?

Current food systems are unable to ensure food security for all, or to provide healthy diets. Food systems also contribute to environmental degradation, because of the way it currently operate. From agricultural production to manufacturing and retail, intensive food production, together with climate change, are causing biodiversity to lose rapidly. Today, there are only nine plant species representing 66% of total crop production, despite the fact that more than 6,000 varieties of food have grown throughout history. A variety of different crops is crucial for healthy diets and environmental protection.

What is the impact of climate change on undernourishment in Egypt and the region?

Climate change, in particular – means limited availability of surface water – increased rainfall variability, depletion of groundwater, more frequent droughts and floods, and reduced crop yields in some countries of the region, while population growth and urbanization continue to put pressure on water, land and fragile ecosystems. The agriculture sector, which consumes more than 85% of water resources, will suffer to maintain its share of water resources in light of the continued increasing demand for water for domestic use, industry, energy and tourism.

This is why we launched the Water Scarcity Initiative as a vital platform to facilitate the exchange of technical expertise and lessons learned from the region to provide neutral political space to create much-needed areas of cooperation among development partners working on distinct yet interrelated aspects of water, its use, and management.