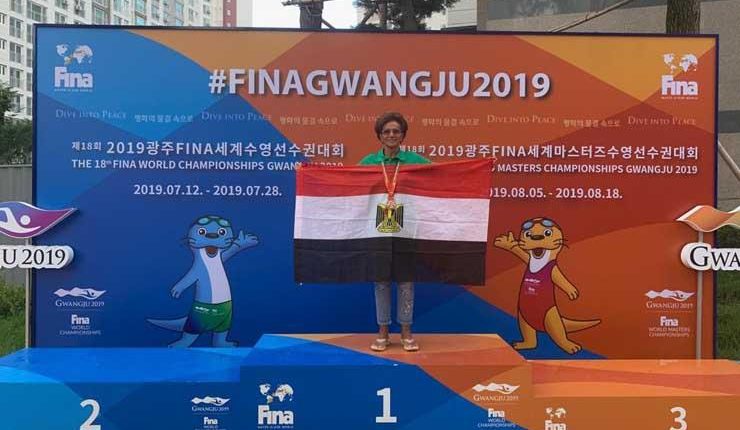 “Age is just a number”, a phrase that’s often more preached than practised. While some may oppose it, others live by it every single day.

Days ago, a video of the 70-year-old Egyptian swimmer Sohair Al-Attar went viral, after winning the silver Medal at the 18th annual World Masters Championship in South Korea’s Gwangju that kicked off in August.

Al-Attar won the silver medal in the women’s 200m backstroke and was fourth in the 400m freestyle in addition to the 50m and 100m backstroke. 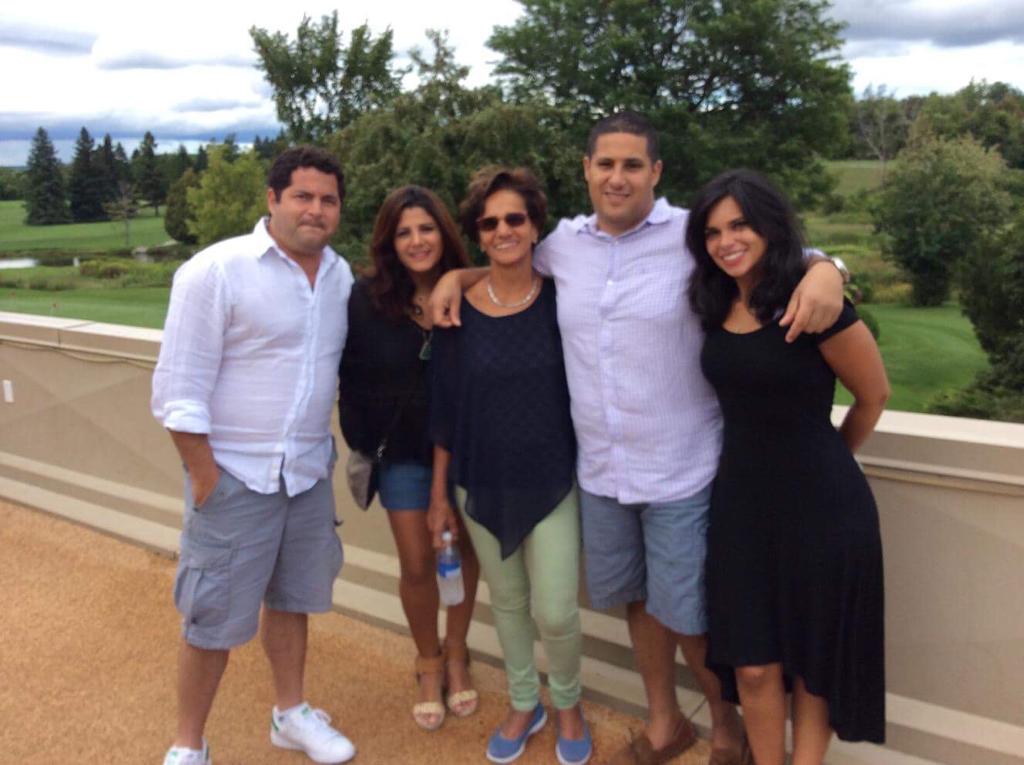 Not only is she a world-class swimmer associated with El-Gezira Sporting Club, but she is also a microbology and immunology professor at Cairo University, and is a practicing doctor at her own private hospital.

She is also a mother- of -two and is considered a source of pride for her family.

Al-Attar is considered an inspirational role model for all women, proving that age does not stop one from reaching their dream. She proves that age is not a barrier, it’s a limitation that people put on themselves.

In an interview with Al-Attar, she stated that her journey with swimming started when she was a only seven years old. By the age of 11, she started competing in national competitions, and was a member of the national team. Then, she became one of the top swimmers in Egypt at that time, participating in a number of international competitions.

When she married, she put swimming on hold when she married to focus on being a mother, but she was able to continue her passion recreationally. She still swam on her free time and even found the time to participate in a few national competitions.

In 2004, things afterwards started to take a competitive turn for Al-Attar. She figured that with her swimming track record, she could beat some of the records at the Fédération Internationale de Natation (FINA).

Al-Attar had successfully made a strong comeback, participating in the 2015 FINA World Masters Championship in Russia and the 2017 championship in Budapest.

Al-Attar stated that her husband was the biggest supporter for her decision for returning to swimming.

She has successfully participated in 11 international competitions, but her path to success did not come easily.

“It’s a bit tough. Sometimes I say no, I’m just getting old. Why should I go for this? But I always throw all these thoughts out of my mind quickly, paying no attention to them,” she proudly continued. 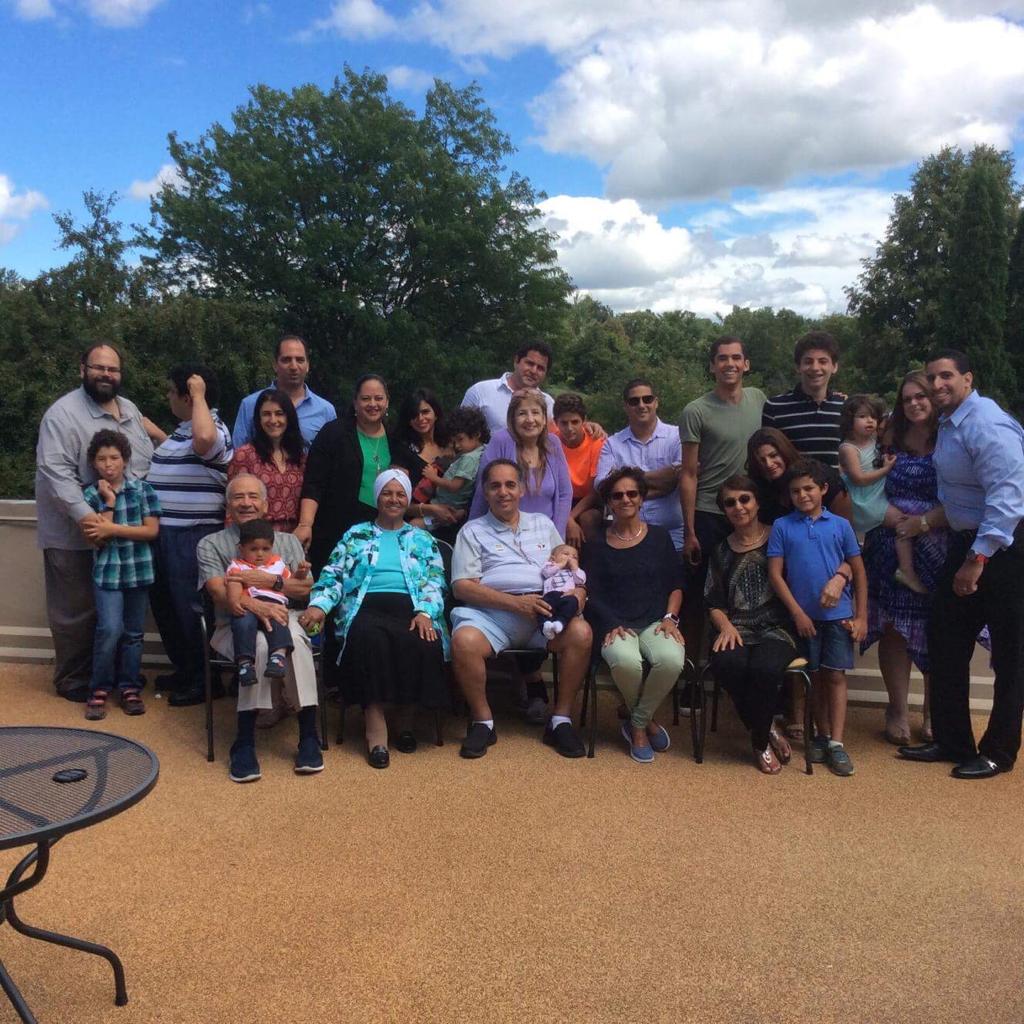 Al-Attar is able to find balance between her and her swimming career, as well as her home duties. She detailed how her day goes, saying she wakes up early every morning to train so by eight o’clock she’s at the hospital. Then after practicing swimming and medicine, she heads to the university, then returns back to the hospital before going home. If she has social obligations, she’ll attend that and then return home in order to get an early night’s sleep.

She asserted that her swimming career doesn’t negatively impact her social life, but helps her manages her time.

Al-Attar has always been independent, and due to her constant trainings, she has a strong faith in her capabilities to handle herself. “Thank God I do not need support or help,” she added.

After her husband passed away, she had to live by herself. When her children try to help out, she feels capable of handling herself mainly because of sports.

Al-Attar does not allow herself to get bogged down by the negative comments she gets. One time, a colleague asked her, “Do you think that with all your medals, you will get into heaven?”

“I used to answer that with a definite no, that my behaviour, thoughts, attitude and everything else, would take me to heaven, not my medals,” she affirmed.

She explained further that a few of her colleagues were wondering how a Muslim woman would put on a swimsuit, but Al-Attar never cared about what they said, believing that the person`s attitude, beliefs, and way of life is what takes them to heaven and not what they wore in their lifetime.

As a source of pride and inspiration for all women across the world, Al-Attar sends a message for all women, especially who are over 50, stressing that age is just a number.

Urging that trainings do not have to be hard, she elaborated that they can start off small, by taking walks maybe for five minutes, and then slowly increase the time duration as they go along. It will get into the women’s brain and soon enough get addicted to the routine.

“Exercising is not only for fitness; exercising is also for your morale. Your morale will do a complete 180,  if you exercise and go back home you will feel so great and you will be able to do everything,” she asserted.

Al-Attar revealed that she is preparing to participate in another swimming championship in Alexandria today and on Friday.

“As long as I’m living, I hope I can participate, and I always say participation is considered an achievement, the goal is not to win, it`s to participate which is quite good,” she revealed her future plans. Daily News Egypt wishes for her more medals and competitions to come.