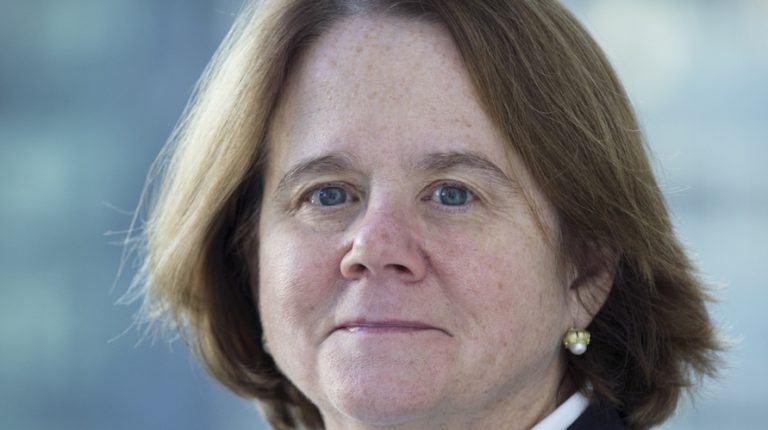 The European Bank for Reconstruction and Development (EBRD) is in constant dialogue with the Egyptian government to further support the water and sanitation sector, said Janet Heckman, managing director of the Southern and Eastern Mediterranean (SEMED) at EBRD.

The EBRD’s projects in the water and sanitation sector amount to €310m, which is about 20% of EBRD’s total investment in Egypt of €1.6bn, she told Daily News Egypt, assuring that the bank is already involved with the government in several key projects.

The bank has recently conducted a study about the assessment of desalination investment opportunities and an assessment of use of renewable energy to compliment high energy intensity desalination and is enthusiasm to support the Egyptian government in its water and sanitation programmes, she mentioned.

The EBRD supports the Sustainable Rural Sanitation Services Programme in Egypt which requires over $10bn in investments over the next 10 years, she asserted, noting, “alongside other international financial institutions (IFIs), we hope to be significant contributors in achieving over 90% coverage of sanitation network in rural Egypt, which currently stands at around 35%.”

Egypt is over exploiting its natural water resources, an unsustainable situation which will be exacerbated by the impacts of climate change, she said, asserting that there is a need for cost efficient solutions.

“We welcome a coordinated approach that focuses on sustainability, resilient cities, and the circular economy. In particular the recognition that the private sector plays in not just financing solutions, but sharing the latest and best practices to deliver more efficient and effective solutions,” she assured.

Based on EBRD’s experience, the bank set out the ingredients for success which includes financial sustainability, stronger sector regulation, creating effective accountable institutions, and targeted investments, she mentioned.

“We highlighted how our approach to green cities and a multi-sectoral diagnostic help authorities develop a coherent and comprehensive investment plan which includes water, sanitation, and water resources management in its assessment,” Heckman added.

A growing population and growing trends of urbanisation are adding further stress to a sector which is historically under-financed; addressing legacy issues with demand for better services, she said, adding that the investment gap is wide, especially towards vulnerable rural communities who risk being left behind.

The Kitchener Drain Rehabilitation project is an example of a current cross-sectoral project where the EBRD is working in partnership with other IFIs, targeting upstream wastewater and solid waste inputs together with improvements in irrigation conveyance, Heckman said.

The project is expected to improve the quality and quantity of water for irrigation and reducing reliance on scarce water resources alternatives, she said.

The Holding Company for Waste and Wastewater, with the support of EBRD, has selected the Fayoum Wastewater Expansion Programme’s implementation unit consultant, and the contract’s negotiations are at final stages, she elaborated, noting that implementation of the project is expected to start by the end of the first quarter of 2020.

“This project won’t only improve the wastewater collection and treatment capacity in the Fayoum governorate, but will also increase the sustainable use of water resources by unlocking the potential for water reuse in agriculture,” Heckman explained.

The Fayoum Wastewater Expansion Programme will remedy the damage to the local ecosystems by preventing the pollution of local water resources from discharges of untreated wastewater, she assured, noting that the project is expected to significantly enhance the economic inclusion of the local population in one of the poorest governorates in Egypt and will introduce a specific focus on increasing economic opportunities for women.

Kafr El Sheikh Wastewater Expansion Programme’s awareness raising campaign is at an advanced stage where all components have been finalised except for the development of the mobile application, which is nearly at its final stages to be finalised by end of the year, she said.

The project is expected to reduce pollution from untreated domestic wastewater ending up in the groundwater, water canals, agricultural drains, Burullus Lake, and the Mediterranean Sea, she asserted.

The Kitchener projects’ preparation are on track, she added, noting that the assistance of EBRD, the Ministry of Local Development and the Ministry of Water Resources and Irrigation, have launched the tenders for the project implementation unit consultants at the end of July 2019 and on 8 September 2019 respectively while both ministries will announce the shortlisted consultancy firms soon.

The Kitchener projects will support efforts aiming at decreasing soil pollution in agricultural areas which is negatively affecting the agricultural activities in the drain catchment area and will lead to an improvement in water flow and quality in the drainage system in addition to considerably improving the management of solid waste in the governorates, Heckman assured.

The project will contribute to a more sustainable use of water resources and reduction of pollution in the Nile River, she said, noting that the programme aims also at introducing a water quality monitoring system and a Drainage Management Action Plan (DMAP), which will enable the enforcement of existing environmental laws and help monitor and control pollutant levels in the water, she added.