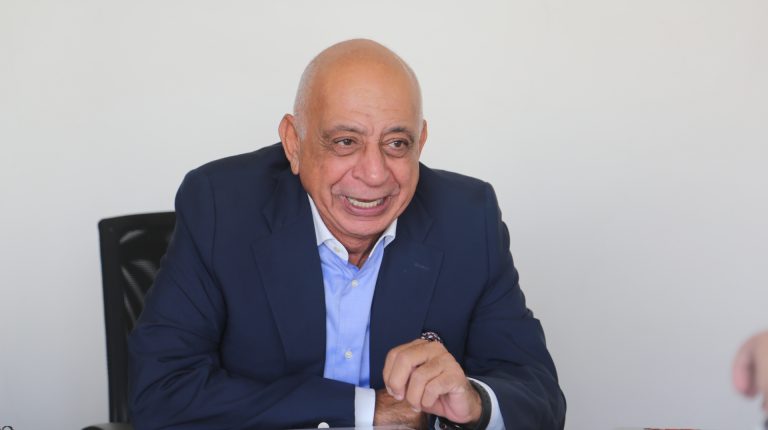 The Ministry of Petroleum and Mineral Resources will present the executive regulations of the Mineral Wealth Law to the cabinet for ratification in November, said Tamer Abu Bakr, head of the Petroleum and Mining Industries Chamber in the Federation of Egyptian Industries (FEI) and chairperson of Quill Energy company.

He stressed that the mining sector in Egypt impatiently awaits the issuance of the law’s executive regulation to clear the obstacles clouding the local market.

What are the main drawbacks of the law’s current executive regulations?

The current executive regulation focuses only on imposing levies, without offering incentives to attract foreign investors.

In addition, the state has also been limiting the mining activity in Egypt to quarries and salt evaporation ponds (salt pans) only in the last 30 years, despite that they only represent 15% of the mineral wealth in the country.

According to global energy consultancy group  specialised in mining Wood Mackenzie, all states that have mining activity collect no more than 16% levy or 20% tax of the production value. Egypt should not be an exception.

Did the Ministry of Petroleum use a consultancy office to prepare the executive regulations of the law?

Certainly, the ministry hired Wood Mackenzie to assess the obstacles and negatives in the mining sector and identify the main requirements to make Egypt an attractive country for mineral exploration. It also participated in preparing the executive regulations of the law under the supervision of Enppi.

How will the new executive regulations affect mining investment in Egypt?

The executive regulations of the new Mineral Wealth Law, which was issued in July, will improve the image of the Egyptian state in terms of the global map of mining.

What are the most important amendments in the executive regulations of the law?

Under the new amendments, mine exploration permits may now be extended beyond the original two-year period for a similar period, provided that reasonable technical justification is submitted and approved by the Egyptian Mineral Resources Authority (EMRA).

Then, the ministry shall decide on the project, whether by signing an agreement or withdrawing the project’s land.

The EMRA also prepared a new system for gold exploration in which investors will apply for exploration license in a specific area within a pre-agreed period. The new system separated the periods of exploration and production, so an agreement would be inked with the partner in case he discovered gold in the concession area. The exploration licenses will be issued by the Minister of Petroleum without the need to issue a law or sign an agreement, which facilitates procedures, encourages investors, and preserves Egypt’s mineral resources as in the case of non-commitment of the partner, his license will be revoked.

After the partner announces a commercial discovery, he shall submit a plan for the development of the concession area and an agreement shall be inked the parliament’s approval.

When do you expect mining activity to resume in Egypt?

Once the cabinet approves the executive regulations of the Mineral Wealth Law, mineral research and exploration will resume early next year.

Many foreign mineral exploration companies are awaiting the new executive regulations to decide on investing in Egypt.

Do the amendments include raising the efficiency of the sector’s labour?

Certainly, as focusing on the law and its executive regulations without considering the human factor in the sector would be a waste of effort.

The EMRA has contracted with Enppi to train 480 employees over several phases. In the first phase, the company trained about 180 workers.

How did Egypt deal with its mineral wealth in the past?

Unfortunately, Egypt used to export raw material image without added value. Egypt produces the best type of limestone in the world, however it exports it without any added value.

Moreover, mining is not limited to gold only, there are dozens of minerals to be extracted, such as copper, aluminium, phosphate, ilmenite, bentonite, feldspar, quartz, and others.

Has Egypt signed any mineral exploration agreements with foreign companies in the last period?

Unfortunately, Egypt has not signed any mining agreements in 20 years because of bureaucracy. Also, the government’s cancelation of four gold exploration agreements in the past 10 years has affected the confidence of foreign investors in the local market.

In your opinion, what is the most important mineral that Egypt should focus on its extraction in the coming period?

Copper mining will have a promising future in Egypt as the country now focuses on power production projects, where copper and lithium are very important.

What is the difference between mineral and petroleum exploration?

Most of the companies that take the risk to search for minerals are small and medium-sized entities. When they discover any minerals, they sell the exploitation rights to specialised mining companies that have the financial solvency for mine development.

In petroleum exploration, large companies take the risk of searching for oil, such as Shell, British Gas, or Total, because they afford risks of research and development.

Actually, all workers in the mining industry are adventurous with preliminary information about the presence of gold, copper, or any other raw materials in a particular area.

How can the executive regulation of the Mineral Wealth Law benefit the Egyptian economy?

Facilitating and eliminating all obstacles that investors may face in the mining sector will increase the foreign investment inflows for mineral research, exploration, and development, not to mention the value of minerals extracted and the value added to those materials.

Improving the mining sector in Egypt will also create loads of job opportunities.

What do you think of businessperson Naguib Sawiris’ announcement about his willingness to invest in gold exploration in Egypt?

It is a very good and positive sign for the sector. It will also reassure local and foreign investors because Sawiris is currently one of the largest investors in the world’s gold sector.

How do you see the government’s decision to reduce gas prices for factories last month?

It’s a very good decision, and further price cuts will have a positive effect on the domestic industry and will increase its competitiveness in foreign markets.

What do you think about the government’s continuation to subsidise gas prices for households?

I object to subsidising gas prices for households other than factories, because subsidising gas supply for factories will provide more jobs, increase salaries, and make commodities available in markets at affordable prices.

We certainly call for further reduction of gas price for several industries, including steel, ceramics, and aluminium, due to their high consumption of gas, besides Egypt’s need for these local products in the urban development and to enhance their competitiveness in foreign markets, especially in Syria, Iraq, and Libya.

Meanwhile, gas consumption accounts for only 3-9% of other industries’ expenses, so the rise in gas prices will have a limited impact on them.

These demands coincide with expectations of new gas discoveries in Egypt.

In your opinion, what is the fair gas price for factories?

The fair price of gas supply, for high-consumption factories, should be $4.5-5 per million BTU.

What is the current situation of Mashreq Petroleum?

As the former chairperson of Mashreq Petroleum, I conform that the company has been permanently closed.

Mashreq Petroleum has signed a 25-year concession agreement with the East Port Said Port in 2013. The agreement was extendable by up to five years based on a 90% achievement rate of operational targets and will allow Mashreq to build the first independent liquid bulk terminal in Egypt.

The company obtained the project’s land under the usufruct system for a period of 25 years. Then, the state withdrew the land from the company in 2015, so the company’s main shareholders made the liquidation decision last month.

According to the feasibility study of that project, how much would the state have earned?

The state would have earned EGP 60m annually from the project in return for its 5% stake.

What was the total investment cost of the project and its storage capacity?

The investment cost of the project amounted to EGP 2bn, while the storage capacity was about 540,000 tonnes of petroleum products.

How much has Mashreq spent on the project?

Mashreq spent $200m on land preparation, including dredging work on an area of one m cubic meter, in addition to full cladding of the beach and soil treatment.

Have you started any new business?

Yes, I have opened a new company three years ago with a capital of EGP 5m. It’s called Quill Energy, specialised in mining, energy, electricity, and petroleum services.

What is the company’s main activities?

Quill Energy is a leading company in the field of mining, petroleum services, operation, and maintenance of electricity, water, cooling, and firefighting networks in residential, commercial, and industrial projects.

It also assembles and produces smart metres in the local market.

What are the projects the company is currently considering?

We are looking for a suitable land plot for the project, in cooperation with the factories that need electricity supply. We aim to supply them with electricity at a lower price than the market.