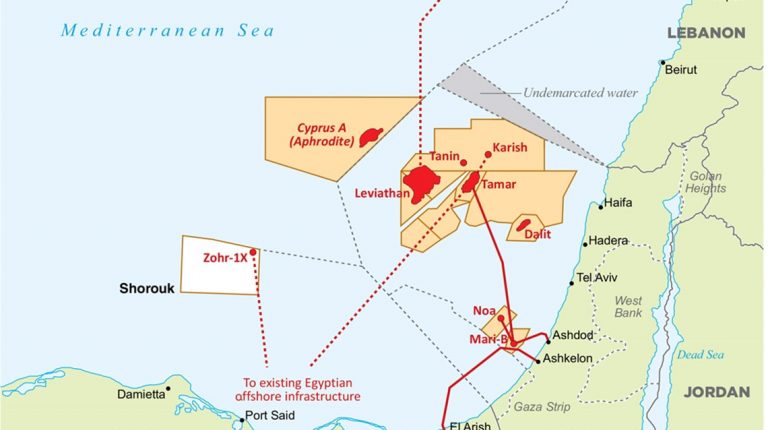 A deal to acquire 39% stake in the natural gas pipeline connecting Egypt and Israel is expected to be finalised within days, Delek Drilling and Noble Energy companies announced on Sunday.

Delek Drilling and Noble Energy, the operators of Israel’s largest natural gas fields Tamar and Leviathan, and the Egyptian company Dolphinus Holdings, established a joint venture under the name EMED, which will buy the stake from East Mediterranean Gas Company, the owner of the Arish–Ashkelon pipeline, in a deal worth $518m.

According to the announcement, the shares have already been transferred to the EMED, and the transaction is expected to be completed in the coming days.

EMG Pipeline is a 90-kilometre submarine gas pipeline with a diameter of 26 inches (660 mm), connecting Egypt’s Al-Arish pipeline, with Israel’s Ashkelon pipeline, with a total capacity of 250bn cubic feet of gas per year (scf/day), upgradable to total of 320bn scf/year.

The deal completion would pave the way for Israeli gas exports to Egypt, which are set at a total of 85.3bn cubic meters (bcm) over 15 years.

In 2018, two 10-year agreements worth $15bn in Israeli natural gas exports to Egypt were signed between Delek Drilling and Noble Energy and the Egyptian company Dolphinus Holdings, to supply Egypt with 64 bcm of gas, which was later amended to 85.3 bcm.

Egypt aims to turn into a regional gas hub, through exploiting the country’s LNG plants in Idku and Damietta, through importing gas from Israel and Cyprus and re-exporting them to other markets. Both Cyprus and Israel need Egypt, as it already has all the necessary infrastructure in place.