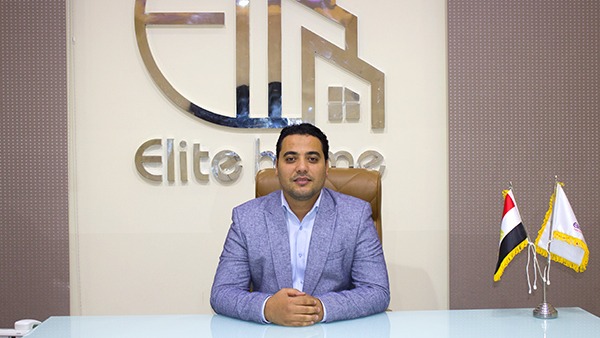 Elite Home Real Estate started delivering five projects in New Cairo with EGP 100m investments, and plans to expand in launching new projects in the city in the coming period, according to Mohamed Abdel Rahman, the company’s general manager.

Abdel Rahman said that the projects have villas with various spaces, ranging between 600 and 1,000 sqm, while there are units with spaces of 200-350 sqm.

He explained that the company focuses on implementation and delivery of projects successively according to schedules, pointing out that the ability to continue implementing new projects is the most important factor of success.

He stressed that New Cairo is witnessing a fierce competition among developers, which requires the provision of high-level projects with modern designs that ensure good use of spaces.

The company is currently working on more than 20 projects distributed in several areas in Beit AlWatan, New Al Narges, Al Andalus, El-Lotus and El kronfol in New Cairo. These projects are being offered successively according to the movement of sales, as the company seeks to acquire many lands in the next period within its expansion plan, he disclosed.

Market activity is expected to increase during the coming period, especially after slashing interests on deposits in addition to providing facilitated payment systems by developers.

All sectors of the Cairo real estate market have seen improvements in Q3, says JLL