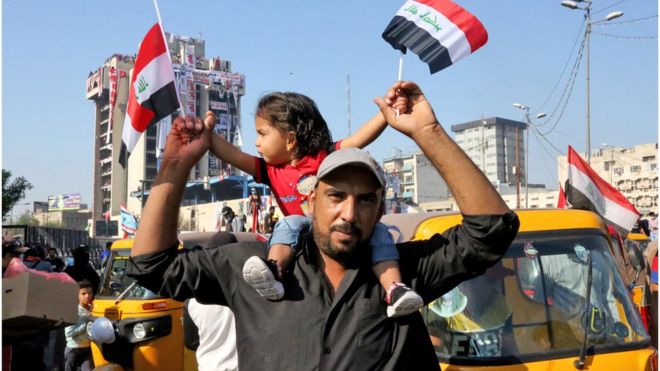 Iraqi Prime Minister Adel Abdul Mahdi called on the protestors in the country to help in restoring normalcy, saying that the unrest costs the economy billions of dollars.

More than 250 people were killed since protests have started in Baghdad and the southern province Basra in early October, calling for meeting their demands for political and economic reform, fighting corruption and achieving social justice.

In a statement published on Sunday evening, Abdul Mahdi said that the protests, which “rocked the political system,” have achieved their purpose and should stop affecting the commercial and economic activities in Iraq.

“Threatening oil interests and the blocking of some roads to Iraq’s ports are causing great losses exceeding billions,” he added, warning that this unrest leads to raise the prices of goods.

Over the past month, protesters gathered in Tahrir and Al-Sunk squares in central Baghdad and surrounding areas, as well as in the southern provinces that has a Shiite majority.

Thousands of protesters in Basra pushed the Ports Authority to announce the closure of the port of Umm Qasr as a result of the continued sit-in demonstrators in front of the gate of the port. The port receives most of Iraq’s imports of cereals, vegetable oils and sugar.

On Saturday, riot police attempted to disperse demonstrators outside the port, sparking clashes between the two sides and about 120 protestors were injured and suffocated with tear gas on the road leading to the port.