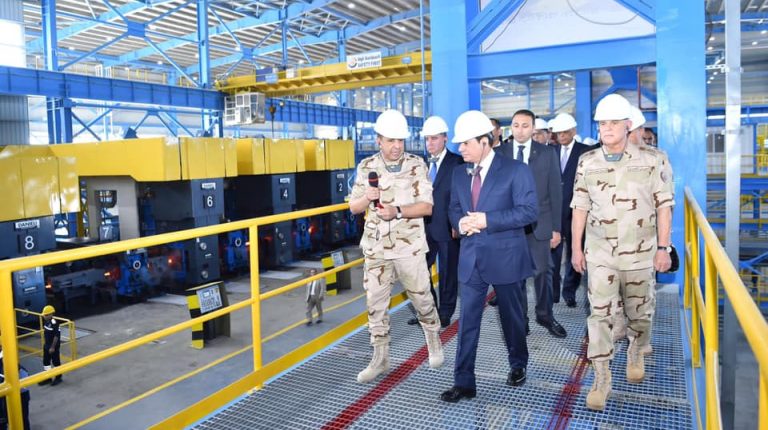 Egypt is currently implementing several projects, including roads, bridges, housing projects, and water desalination plants in Sinai, Al-Sisi added on the side lines of the inauguration ceremony.

The president also revealed that the cost of establishing new roads in South Sinai amounted to EGP 5.5bn.

“What has been done in the last four years, exceeded what has previously been established in 15 or even 20 years in Egypt’s history. If we didn’t start these projects, where would the 1.5 million people who returned from Libya go, or work,” Al-Sisi stressed.

In May, Al-Sisi launched several projects connecting Sinai to Nile Delta, in line with the national development plan for Sinai Peninsula.

They included four tunnels in Ismailia and Port Said, and a number of floating bridges, which seek to ease crossing from and to the Sinai peninsula.

The projects come in line with the government’s plan to develop the Sinai Peninsula, which is set to be completed by 2022 at a cost of EGP 275bn ($16bn).

The projects include the Suez Steel Company, the Sumed Maritime Quay, a marble factory complex in South Sinai, and the Iron Rolling Factory 3.

Al-Sisi called for the establishment of fully automated control rooms in all the new industrial complexes and stressed that mechanisation and information systems are necessary to counter corruption.

During the event, Major General Mostafa Amin, director of the National Service Projects Organisation said the iron rolling factory, which was inaugurated today, is expected to produce 1.5m tonnes of iron annually while the Suez Steel Company produces 17% of Egypt’s iron.