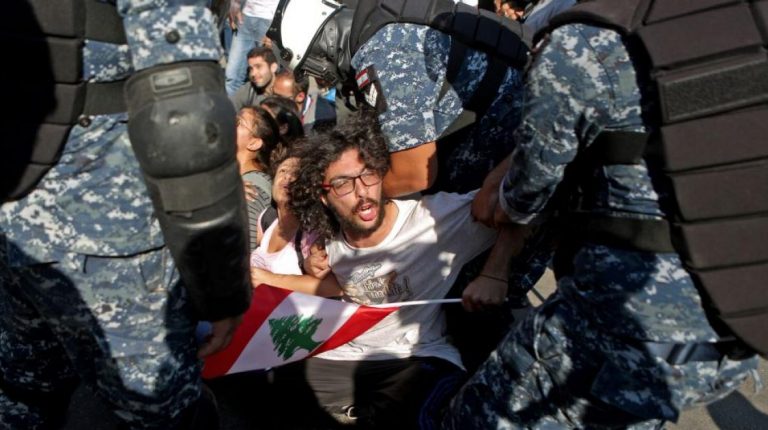 The army on Tuesday both peacefully and forcibly opened most of Lebanon’s blocked roads by anti-government protests who took to the street again on Monday.

While some protestors peacefully opened the roads when security forces arrived, they were forcibly removed in the Zouk Mosbeh, north of Beirut, reported Al Arabiya.

The general strike in Lebanon entered its second day, amid clashes between protesters and security forces. When some protesters refused to move, security forcibly removed them from the main road between Beirut and North Lebanon, in addition to arresting a number of them.

It was reported that the army had also brought bulldozers on Tuesday, to reopen several closed roads.

Meanwhile in Jal El Dib village, troops chased the protesters who blocked the main roads until they entered a church and hid inside. Troops also opened several other roads in the capital, Beirut, without any clashes with protesters.

On the other hand,  demonstrations in Sidon and Nabatieh, southern Lebanon, forced the cities’ banks to close, as there were large rallies outside the banks, preventing  employees from entering . Other protesters had gathered in front of official institutions and government buildings to protest.