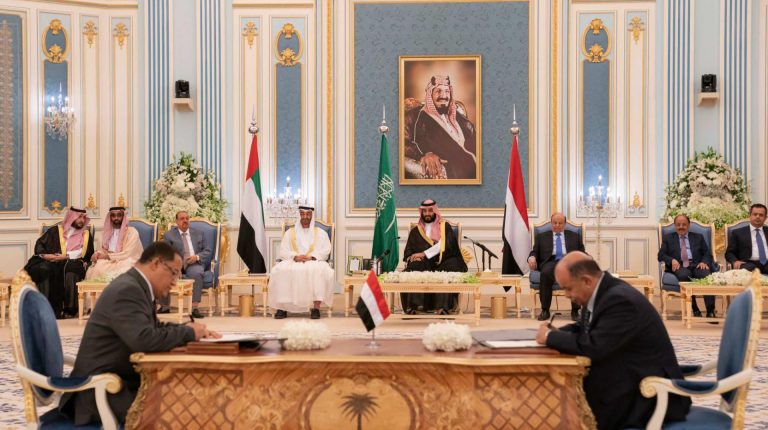 Egypt’s President Abdel Fattah Al-Sisi praised the Riyadh Agreement for ending the power struggle in the south of Yemen, saying that it is “a great step towards resolving the Yemeni crisis.”

“I have followed with great pleasure the signing of the deal between the Yemeni government and the Southern Transitional Council (STC) under the generous auspices of King Salman and the attendance of Crown Prince Mohammed bin Salman, and UAE Crown Prince Sheikh Mohammed bin Zayed,” said Al-Sisi in a tweet on Wednesday.

He also added that the signed deal will strengthen the unity of Yemen, and consolidate stability and peace in the region.

Similarly on Tuesday, Egypt’s foreign ministry had praised the agreement, saying that it as an important step towards a comprehensive political resolution to the nearly five-year war and it will achieve peace, security, and stability in the country while guaranteeing the unity and territorial integrity of Yemen and alleviate the suffering of the Yemeni people.

On Tuesday, Yemen’s internationally recognised government signed a Saudi-brokered power-sharing deal with southern separatists which aims at regulating the relationship between both sides and the actions they are expected to take in the forthcoming period under the supervision of the Arab Coalition. It will also allow the secessionist STC to hand over a number of ministries, and the government to return to the southern city of Aden, according to officials and reports in Saudi media.

Bin Salman said during the signing ceremony in Riyadh that this agreement will open a new period of stability in Yemen.