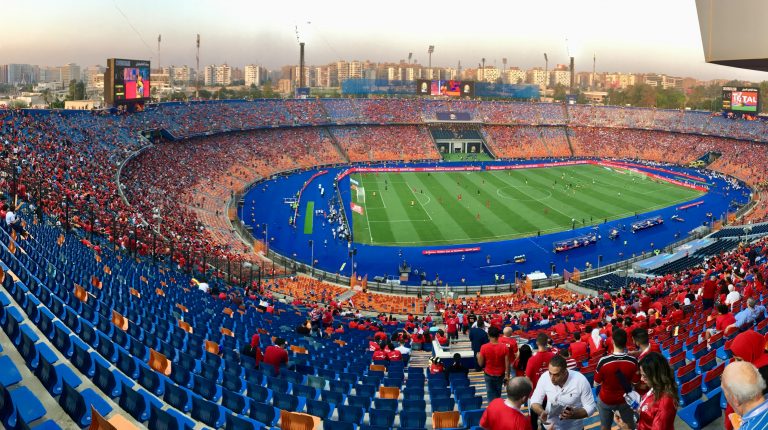 To capture the action from multiple angles, Egypt has deployed as many as 10 cameras in both stadiums hosting the U-23 Africa Cup of Nations to be held on 8–22 November.

Meanwhile, President of the Confederation of African Football (CAF) Ahmad Ahmad arrived to Cairo on Tuesday evening to follow up on the last preparations for the tournament that will kick off on Friday.

He was briefed by the organising committee on its arrangements for the opening ceremony to be watched by millions of football fans around the world.

He also sat with the CAF Referees’ Committee and asked them to do their best in the tournament to avoid any mistakes that might affect the competition.

The opening match will be held between Egypt and Mali at 7pm Friday (Cairo Time), to be preceded by the opening ceremony.

Meanwhile, an operations room was formed by the Ministry of Youth and Sports to follow the games and related arrangements. The operations room includes representatives of concerned ministries to deal with any problem that may arise before or during the tournament.

The Sports Ministry is keen to make this tournament a success, especially after the ministry’s great experience in organising the previous Men’s AFCON hosted by Egypt from 21 June to 19 July 2019.

The U-23 AFCON includes eight teams divided into two groups, where Egypt is placed in Group A. Egypt will play Mali on 8 November in the opening game, then Ghana on 11 November, and Cameroon on 14 November. Cairo Stadium will host the first group matches.

For Group B, it includes Nigeria, Zambia, Ivory Coast, and South Africa. The El Salam Stadium will host the second group matches.

The top three teams of U-23 AFCON will qualify for the 2020 Tokyo Olympics.

This year’s tournament is the third edition. The previous editions were hosted by Morocco and Senegal.