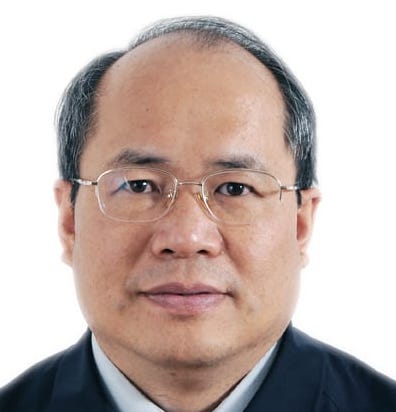 In the latest biannual World Economic Outlook, the International Monetary Fund (IMF) downgraded its economic growth forecast and expects global growth to be 3% in 2019 – the slowest pace since the 2008 financial crisis. Nevertheless, China’s economy in the first three quarters maintained a strong momentum and has enjoyed an increase GDP of 6.2%. The IMF expected China’s contribution to world economic growth to be more than 39% this year. Against the gloomy backdrop of a weak world economy, China’s economy has shown remarkable resilience and will become the main force in stabilising world economic development. In the first three quarters, we have witnessed many highlights in China’s economic performance.

Second, the shift from high-speed to high-quality growth has greatly improved the efficiency of economic growth in China. The figures in the first three quarters showed an optimising economic structure: consumption continued to play an increasingly important role in driving economic growth. With an increase of 8.2% in overall consumption expenditure, domestic demand has contributed 80.3% to China’s economic growth. Industry structure is upgrading with service sector’s contribution to GDP approached 54%. Growth in high-tech industries and equipment manufacturing reached 8.7% and outstripped other industries. New growth engines represented by new industries, products and business models keep emerging, with an average of more than 19,900 new enterprises established every day. New growth drivers such as modern supply chain, e-commerce, online finance, are now profoundly changing our mode of production and way of life, creating new strengths for China’s development.

Third, China’s economic success has greatly improved people’s livelihood. A further 10.97m new urban jobs were added, and the surveyed unemployment rate remained stable at a comparatively low level of around 5.2%. Per capita, disposable personal income grew by 6.1% in real terms, which kept up with the pace of economic growth. The share of consumption of clean energy such as natural gas, hydropower, nuclear power, and wind power in total energy consumption in the first three quarters was 1.2 percentage points higher than that of the same period last year. The energy consumption per unit GDP went down by 2.7% year-over-year.

China is pursuing development at home while embracing the world. In the future, we have reason to believe that China’s economy will remain a strong engine for world economic growth. We sincerely invite global partners to share the benefit of China’s economic success through the platform Belt and Road Initiative (BRI) by improving infrastructure, boosting trade and investment, improving people’s livelihood, and creating jobs. By the end of 2018, China had invested $28.9bn in countries along the BRI routes, paid $2bn in taxes to host countries, and created 244,000 jobs locally. In the first three quarters of 2019, the total trade volume between China and countries along the BRI routes has increased by 9.5%.

BRI cooperation between China and Egypt has been the flagship among African countries. Egypt is among the earliest in supporting BRI and is actively bridging Egypt Vision 2030 to BRI in strategies, plans, and mechanisms. Through joint efforts, major infrastructure projects like State Grid Upgrading, CBD in New Capital, 10th of Ramadan Railway were completed, and important platforms for investment cooperation such as TEDA-Suez Economic and Trade Cooperation Zone were established. Up until now, China’s investment to Egypt has reached $7bn and created more than 30,000 jobs locally. The harvest has shown that BRI has no political strings attached or economic risks caused. The sole goal of BRI is to release the development potential of China’s partners in pursuing common interest. It is a road of peace and cooperation, a road of openness and inclusiveness, a road of mutual learning, and a road of mutual benefit.

The Chinese people believe that to establish ourselves, we should help others establish themselves since the world is one community. Amid surging protectionism, unilateralism, and populism, the world economy is faced with many uncertainties. But the more difficulties we encounter, the more important it is that we should shore up confidence, take the courage to shoulder our responsibilities and join hands to overcome the difficulties. China will embrace the world with open arms and join hands with global partners to build an open world economy. In celebrating the 70th anniversary of the founding of the People’s Republic of China, President Xi Jinping said, “we will hold high the banner of peace, development, cooperation and mutual benefit, and keep firmly to the path of peaceful development. We will stay committed to opening-up and work with people in all countries to build a community with a shared future for mankind, and to create a world bathed in peace and development.” Guided by Xi Jinping’s Thought on Socialism with Chinese Characteristics for a New Era, China will forge ahead in its own development and endeavours to make more contributions to the world.